Update April’20: This project was started by Anna O’Flynn and Mariana González, but later it was transferred to the Ramos family (Sara, Paqui and Nacho) who continue to carry it with the same love and passion.

Anna and Mariana opened their little place three years ago. Their clients enjoy a completely different menu everyday, inspired by English-American recipes, and made with local and seasonal ingredients. “We put a lot of love into our dishes,” they say. Theirs is a very personal project with the commitment of supporting artisan producers from the beginning. After three years, they decided that this is the moment for new endeavors. They waited until they found the right people to continue the business exactly as they envisioned it. In the coming months they will transfer the business to Ramos family. We wanted to speak to Anna and Mariana about the past three years, their exciting upcoming projects and in general, about their philosophy about food.

How did Les Tres a la Cuina begin?

M: Anna’s brother is an industrial designer in Barcelona. We were both working there and became good friends right away. We spoke for a long time about starting a project together. Anna loved to cook, and I loved Anna’s food. Starting a restaurant was the natural thing to do. 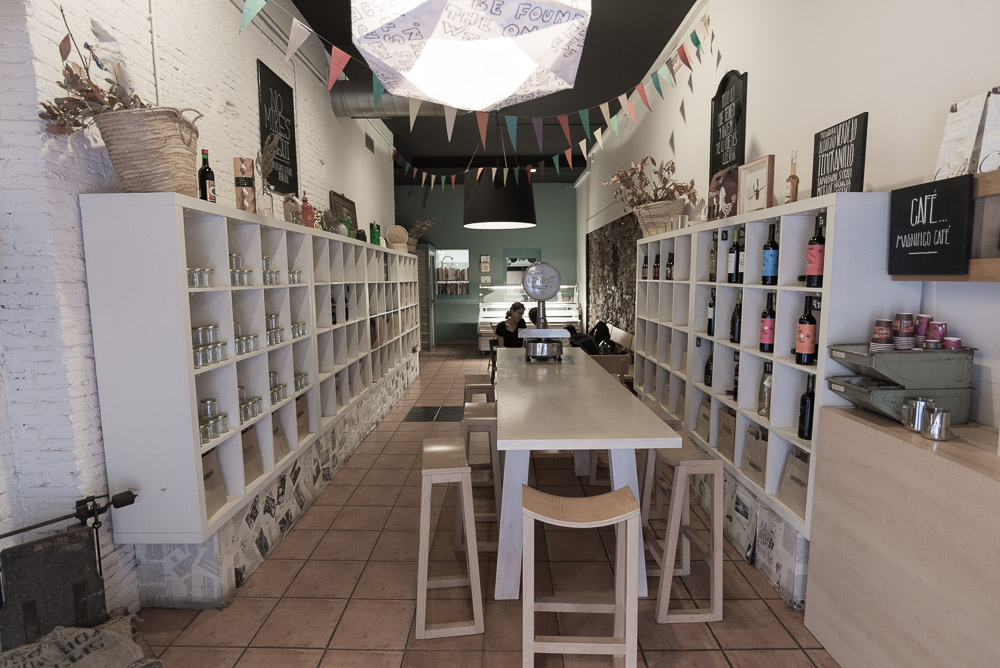 What is your background? Did you work in hospitality before?

A: I am a jewelry designer. After some time in Barcelona I found a job at Bubó, a pastry shop that specializes in fine chocolate. I switched from silver to chocolate. I realized they are similar materials to work with. In both cases it is a matter of temperature and paying a lot of attention to the process. I always loved to cook, but the first time I worked in a big kitchen was at Bubó. I learned a lot. Just before starting Les Tres a la Cuina, Mariana spent six months there working on a specific project.

M: It was great because I could see what it was like to work in a kitchen.

What’s the concept behind Les Tres a la Cuina?

A: From the beginning we knew we wanted to offer homemade meals made with love, always using quality ingredients. We adapted the concept to the space and the neighborhood. It took us nine months to find our spot since we had a very low budget to start with.

M: We also wanted to give great service and get to know our clients. We wanted people to come in and feel at home.

Which cuisine inspires your food and shows up most on your menu?

A: We are inspired by modern cuisine from countries such as the United Kingdom or the U.S. Chefs in these countries are very open to experimentation since their gastronomic traditions aren’t as strong as the ones here in Spain. They promote direct contact with the producers, the use of seasonal ingredients, and the experimentation with different herbs and spices. We were inspired by this philosophy and then adapted it to the local taste. For example, our food is not usually very spicy.

You work with local producers and support many food artisans. Is this part of the philosophy?

A: Definitely. We have small suppliers for small things. We like to support independent initiatives created with personality, instead of having just one distributor. I would like to live in a world with more producers and small shops than big supermarket chains. You really feel the difference in what you eat.

M: We try to use many local products. We’ve worked with Laura from El Huerto de la Casita from the beginning. She’s become a close friend. Her vegetables taste so much better!

What’s your opinion about the local craft food scene in Barcelona?

A: There are so many great new projects. We all share the same values and help each other. We are not competitors but rather, we are all allies! We are a big network of small initiatives. We’ve collaborated with Caravan Made, Mari Luz and Andrew from Openhouse, Morro Fi, Marcos from Satan’s…

M: Once we all joined together planning a wedding. The idea was that each one made one specific thing: the boar, the jamon, the chocolate, coffee, wine, vermut… Fun idea, right? 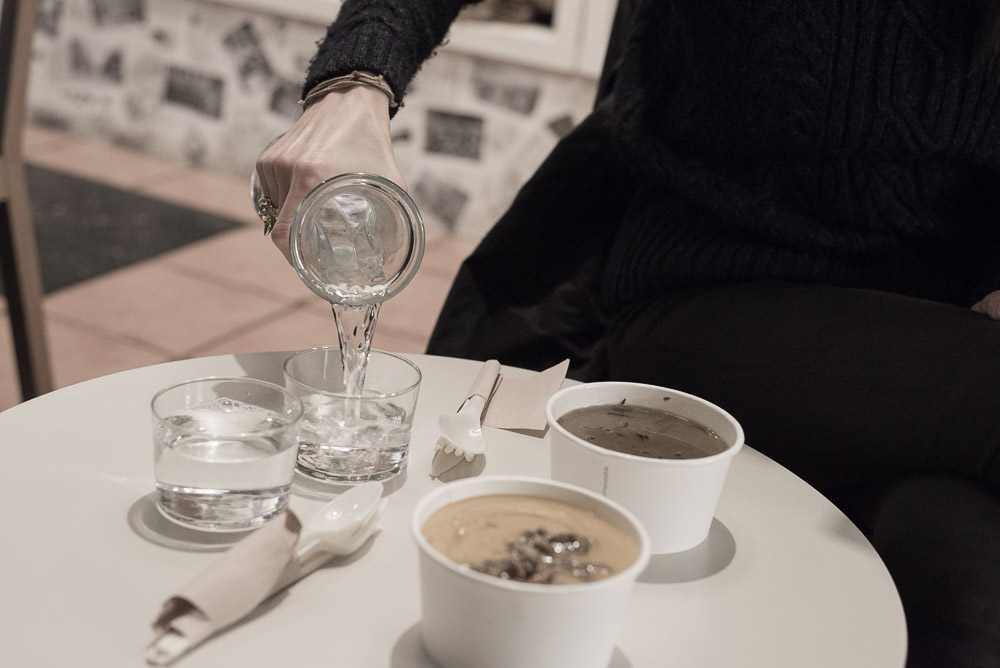 What kind of events do you participate in?

A: We participated at the Kinfolk dinner in Badalona (L’Esperit de la Mer) and it was a wonderful. It was a pleasure working there since everyone was so involved. It was satisfying to look out and see that everyone was having a good time. 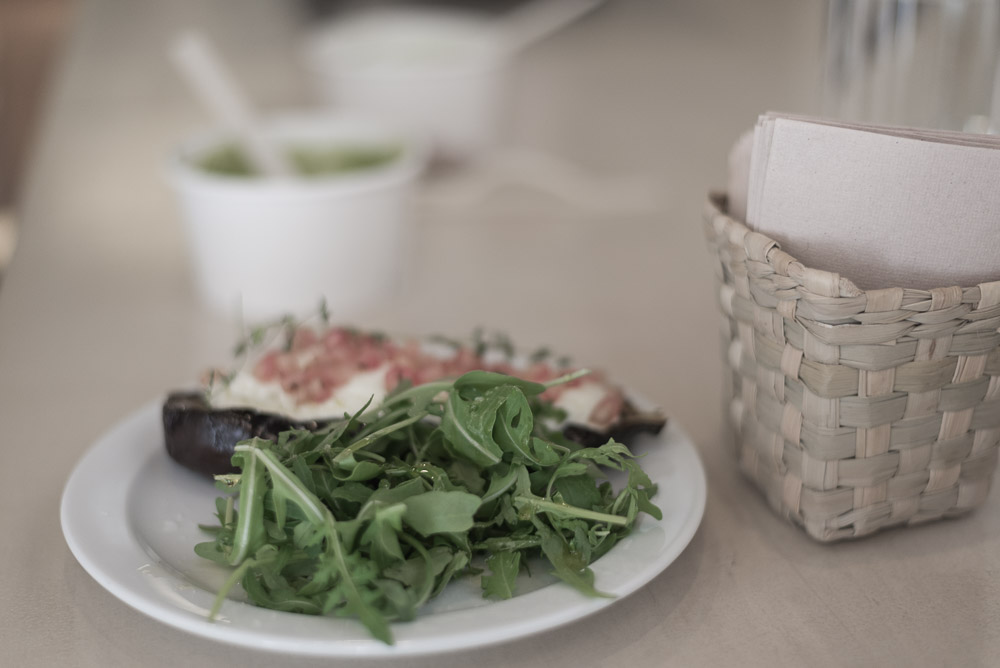 Which are your favorite places to eat in Barcelona?

A: We love to eat in Bar Cañete, Caravelle and La Pepita. We also go to Morro Fi to have a vermut or to Bar 68 to have a negroni. Whenever we feel like something sweet we go to Zuckerhaus, a cute cake shop on Carrer Parlament. There’s a cheese shop I love called La Seu that is owned by a Scottish woman. She selects her favorite Spanish artisanal cheeses and you can have them with some wine at her shop. 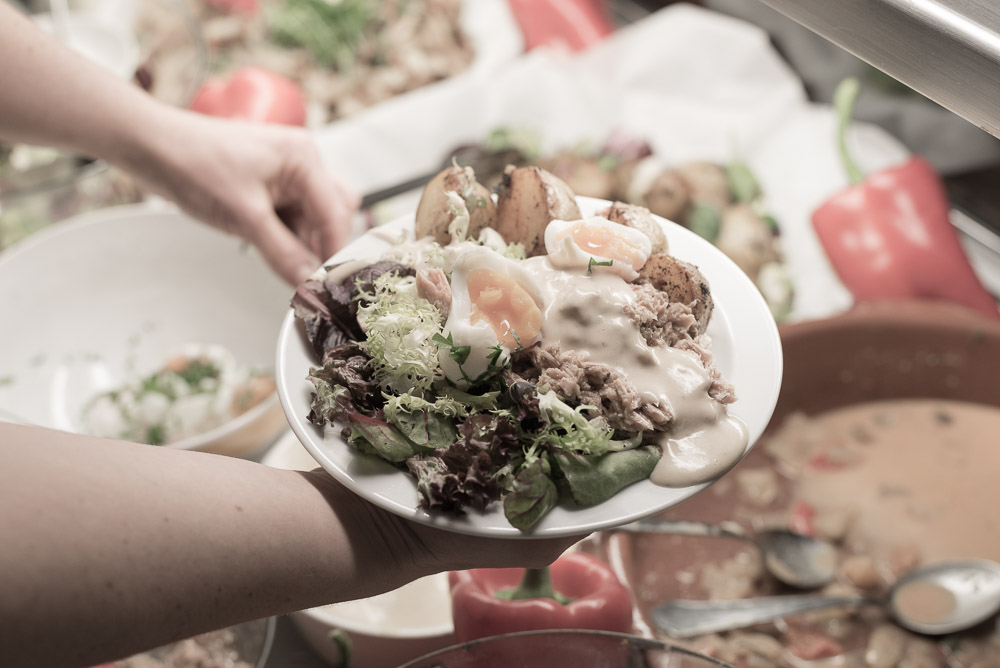 Let’s talk about the future. Who’s going to take care of Les Tres a la Cuina from now on?

M: We liked the idea of having someone continue our project, but it was necessary to find someone who shared our values and philosophy. Several people showed interest, but as soon as we meet Ramos family we knew they were the right people to continue with our project. Sara, Nacho and their mother, Paca, will take over the business at the end of the month and we are sure that Les Tres a la Cuina will be in good hands. 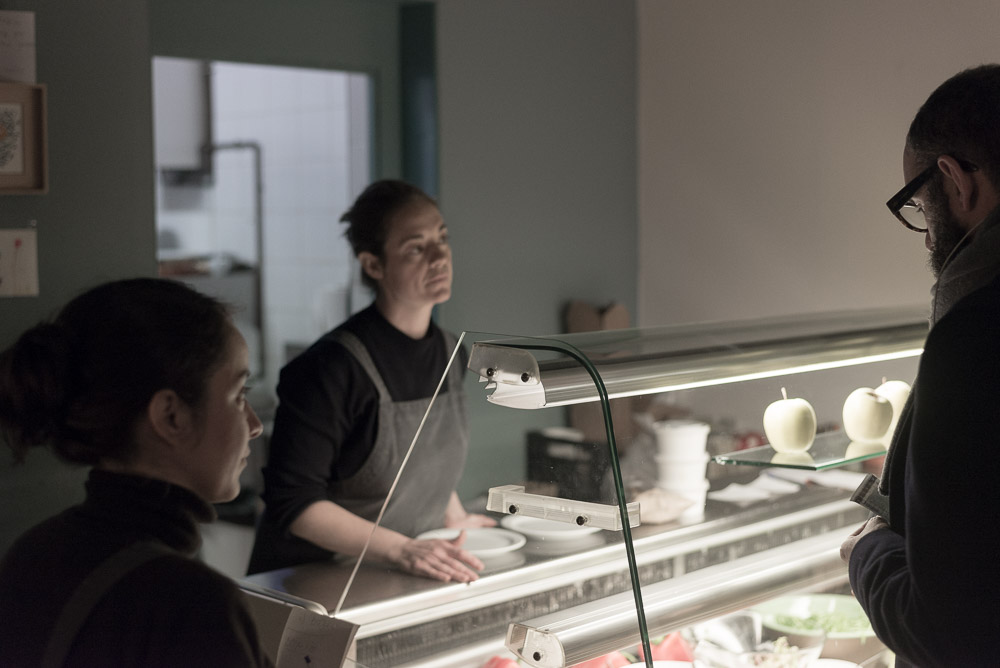 What are your upcoming plans and ventures?

A: I am going to spend the coming months travelling and learning about several products that interest me. In Barcelona I’ll spend some days next to Jordi at Nomad Coffee to learn about coffee, and next to Carles Mampel and Miquel Coulibaly to learn more about chocolate. Then, I’ll spend a week in Intelligentsia Coffee in Chicago next to Stephen Morrissey, the 2008 World Barista Champion. In mid-April, I’ll visit several cities such as New York, Portland, Austin, San Francisco, Oslo and London. I would like to do a small stage in each city with people specialized in different products such as craft beer, coffee or smoked goods. To finish the project, I’m hoping to spend two months in Fez working as a guest chef at Restaurant Number 7. I’ll share everything in my Instagram and blog.

M: I want to resume my industrial design career. It’s been some time that I’ve wanted to learn about ceramics and I’d like to take a course. I look forward to it!!

We wish you the very best of luck in your coming ventures, Anna and Mariana!