Linda and Joe sensed something was cooking when Eureka food truck appeared at the beginning of last year. They decided to give it a try and organized a small street food festival in Barcelona. Food and street were not two terms that sounded well to the City Council, and that’s why the first two editions where held in private spaces. They were so successful that Eat Street has been able to celebrate their fourth festival on the streets. Their battle continues to legalize street food so Eat Street can be held in public spaces. 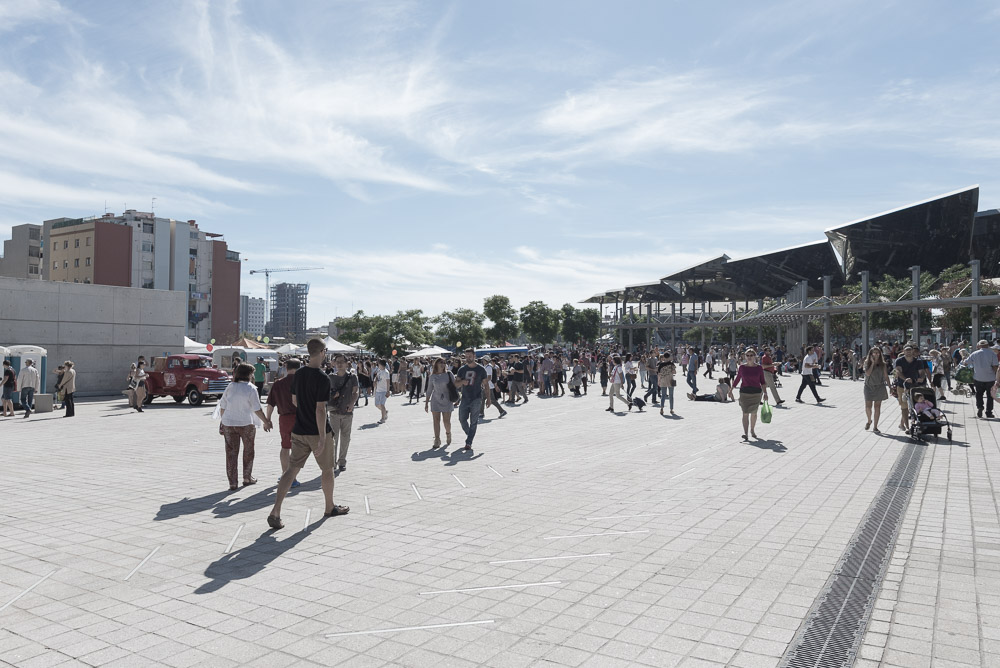 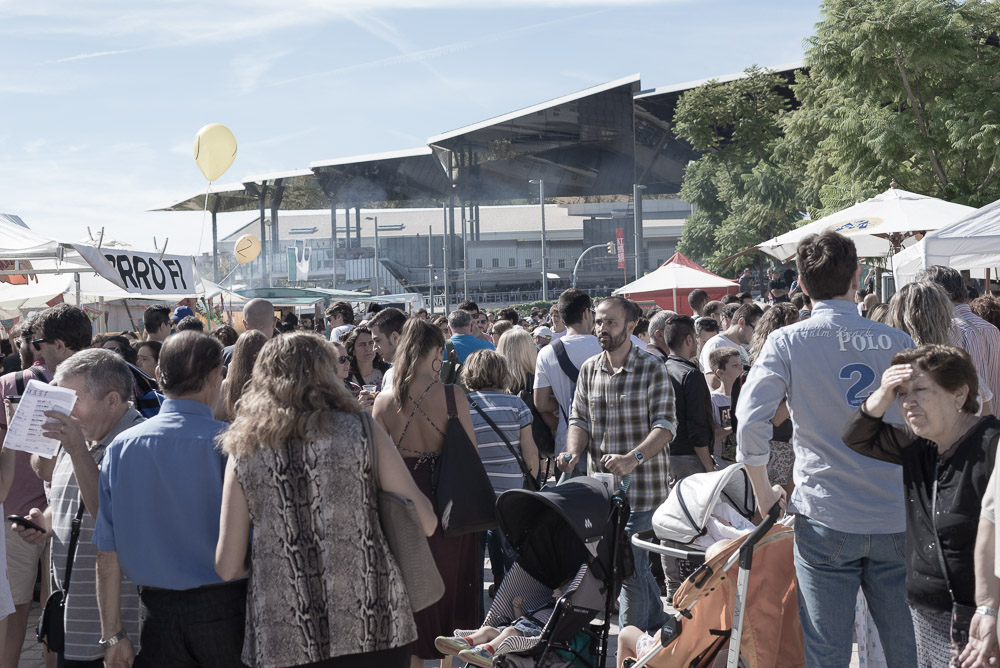 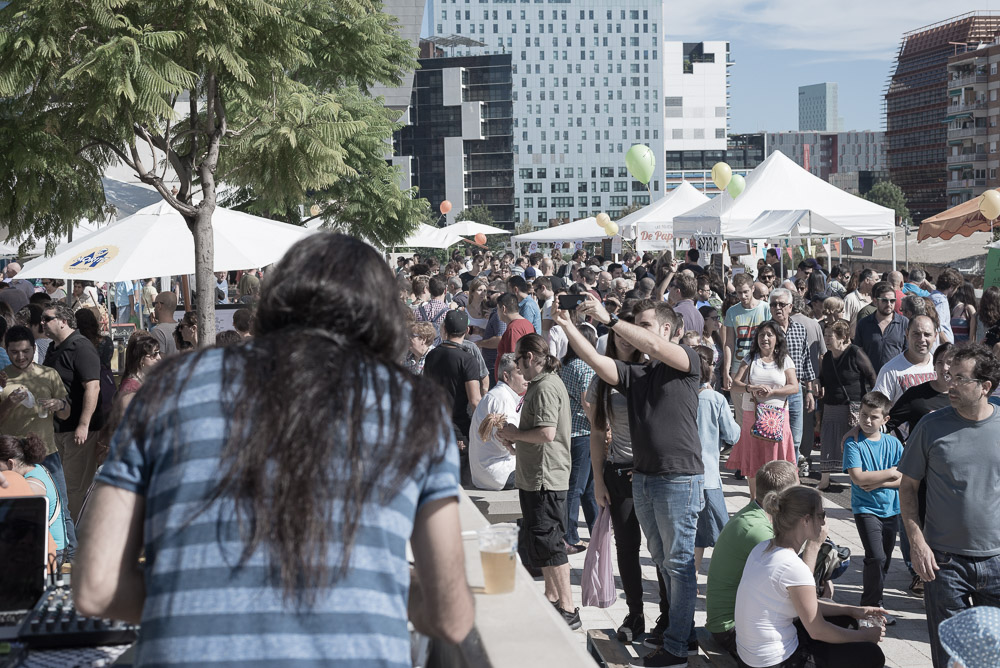 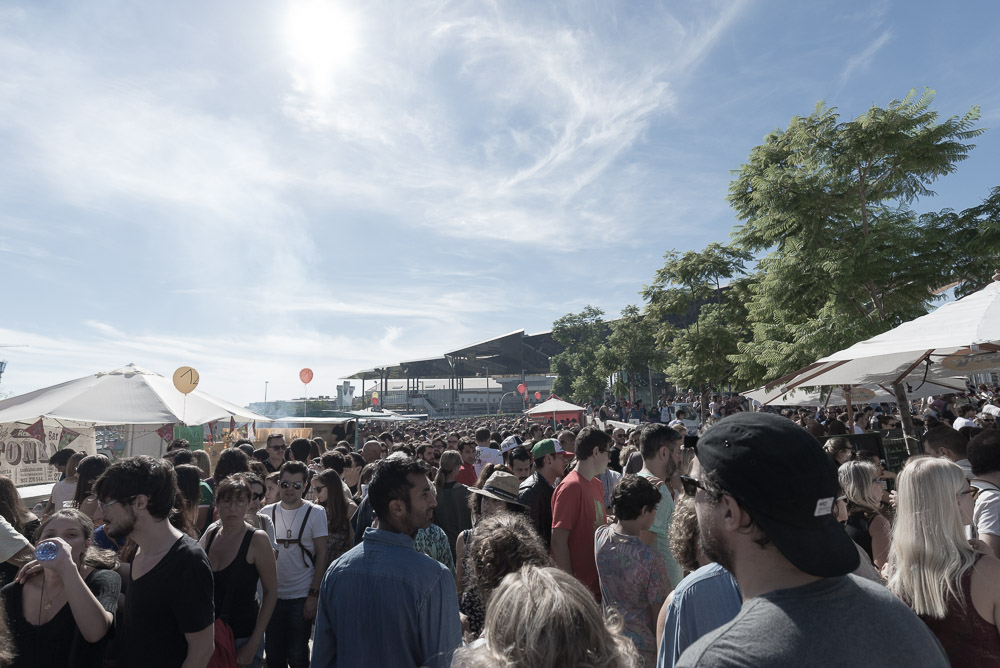 Joe, you are an entrepreneur and many of your projects share a common theme in gastronomy. Where does this passion come from?

J: I love eating. I also love cooking but I don’t cook well. I would love to study a course at Hoffman one day, or learn from the people who participate in Eat Street such us from Zim from Caravelle or Buster from Rooftop Smokehouse. My family has always loved to eat. We used to eat out a lot in Los Angeles and I still eat out regularly here in Barcelona.

What inspired you to create Eat Street?

J: Earlier this year, Eureka got their food truck. It was the third or fourth food truck in Barcelona. We had seen others like Mr. Frank and the Butis but when Eureka appeared we realized something was happening. BCN MES, one of our projects, is a free magazine that gets distributed in the city center in Barcelona. Many of our subscribers and friends are chefs with restaurants around the city. It seemed natural to organize Eat Street. Besides, it was something people were starting to demand. It worked right away.

What is Eat Street’s philosophy?

L: Our philosophy is trying to bring quality food to the street at a reasonable price. We want people to try new things that have not found in the city. At the same time, we want the event to be a fun party for everyone! 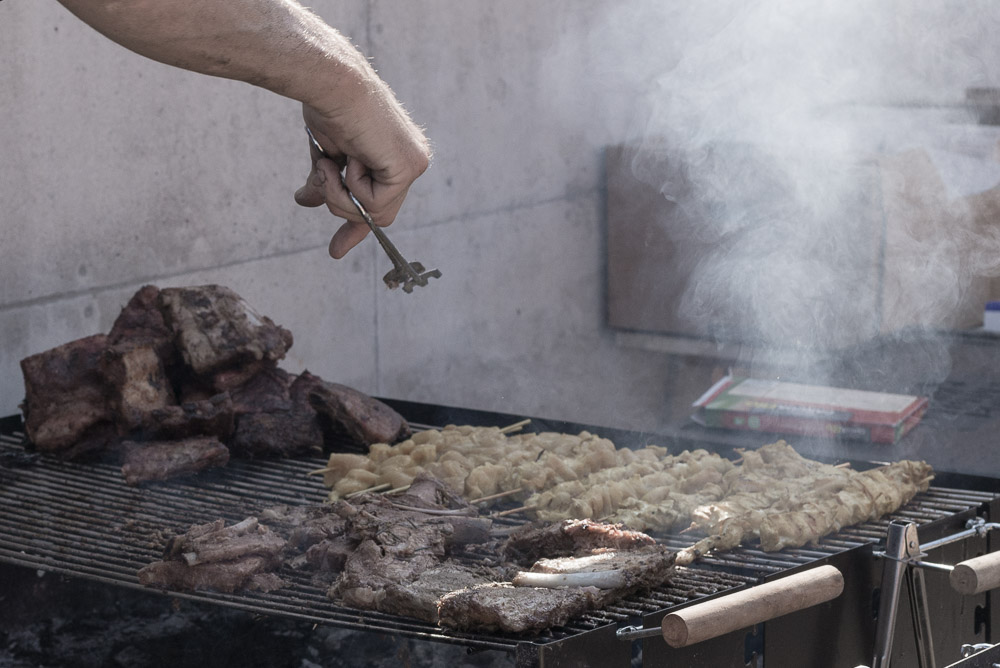 Why do you limit the chef’s offerings to 5 euros?

J: We want to offer street food and, how we understand it, it is something simple and inexpensive. The idea is that chefs offer one or two things really well made at affordable prices. Also, I think it is fun for chefs since they need to adapt to a different context. It is a way to simplify the menu for them and for us.

What street food dish from a different city you would like to bring to Eat Street?

J: In Copenhagen I tried an amazing organic chilli. However, vendors in Copenhagen would need to lower their prices significantly in order to have them in Eat Street. (Laughs)

What do you think of the street food scene in Barcelona?

J: I think we are going a little too crazy with it. We knew when we launched Eat Street we would get some competition, but we underestimated how trendy this would become. Now you look at the calendar and it’s full of events that include street food as a part of the proposal. It would be nice that each of us had a clear concept.

You are in touch with many restaurateurs through BCN MES. What do they think of street food?

J: They love it. There was recently an article at the Financial Times that spoke about it. The journalist contacted us because he thought the article was impartial and he needed to find an opinion in opposition to the movement. At this time, we do not know any chef that is against street food. When we launched Eat Street, we did find some people against it but it has changed. Of course people don’t want a food truck parked in front of their business offering exactly the same thing. That sounds reasonable to me.

Do you think street food will be legalized?

J: That’s what we hope and we think it is possible. It is important that it is legalized and that a regulation appears. Otherwise, it wouldn’t be fair to those that pay for their licenses to open a restaurant. Seeing chefs such as Carles Abellan offering street food is a good sign that this is unstoppable.

What is the most rewarding aspect of having set Eat Street up?

L: The most satisfying aspect is seeing that everyone, both chefs and the public, have a great time. It’s worth sleeping only three hours the day before!!

J: The most rewarding thing for me is seeing the chefs happy. That is a sign that we are doing a good job. I love when chefs call us and ask us when the next Eat Street event is because they don’t want to miss it. We are also happy that people in the City Council have supported us. It’s been many months with meetings and it’s rewarding seeing that they listened to us and gave us a chance.

Do you remember any special street food experience in particular?

J: When I used to work in Los Angeles I worked in a textile factory. I remember that at lunchtime the taco trucks would park and would make a very particular sound. We would all get downstairs to buy some tacos, eat them and go back to work. 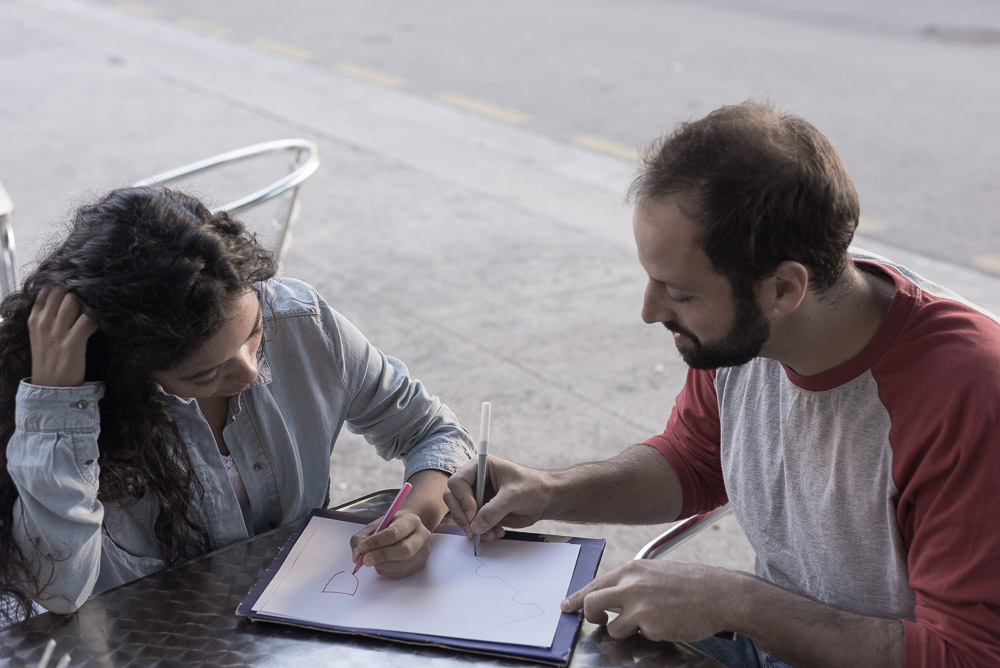 What would you tell anyone that never tried street food?