“We worked without an overall construction plan for the renovation of our space because we had a very limited budget. Alejandro and I decided everything along the way. We made mistakes such as the lights by the bar. There are four lights but the day we opened we realized it felt like an interrogation room. We had to switch two of them off. We make jokes about this since then but we are very proud of what we have created. If we ever opened another location, we would install four lights and switch two of them off. It´s our identity.” Juan Andres and Alejandro just opened Chivuo’s a few months ago. It is a small place in Gracia that features craft beer and street food inspired by the time Juan Andres spent in the U.S. We talked to Juan Andres about their unique concept.

What were you doing before you opened Chivuo’s?

I’ve been a musician and chef for many years. When I was eighteen years old I moved to the U.S. to study culinary arts at the West Palm Beach school and I spent seven years there. Then, I moved back to Venezuela where I had a catering business for four years. However, there are many shortages in Venezuela and it is very hard to find basic products such as flour, milk or sugar. The business was running well but the situation became so unsustainable that I decided to move. I have a French grandmother so I was able to get my European nationality. I sold my company and everything I had. I also cut my hair, which I had had long for 15 years. I made a radical change in my life. It’s the third time I’ve done this, but every change is a new experience that renews and enriches you.

Why did you decide to come to Barcelona?

I made a trip across Europe for a month and I visited Madrid, Paris, Rome and Barcelona. It was love at first sight. I felt something very special here in this city. I went back to Venezuela with the decision of moving to Barcelona. I am very grateful to the city and the people that live in it. When I return to Barcelona from a trip, I feel it like it´s home. I noticed this last summer for the first time. It was a great feeling.

How did Chivuo’s begin? Why did you decide to start this project?

I moved to Barcelona with the idea of starting my own company at some point. My objective was first getting involved in the hospitality industry to get to know the system, the purveyors, the local product, the trends and techniques that are used in this city. I got a job at Negro Rojo, which belongs to Tragaluz group, and it was there that I met Alejandro, who is my partner here in Chivuo’s. We started talking about doing something together and little by little we developed our project. We thought about the idea until last December when Alejandro decided to quit his job and really focus on getting this project off the ground.

Chivuo’s is a Venezuelan word that we identify ourselves with. Where we come from, we say Chivuo to anyone that has a two or three-day beard. Informally, people also call God “The Chivuo”. We like having a spiritual connection with our name. 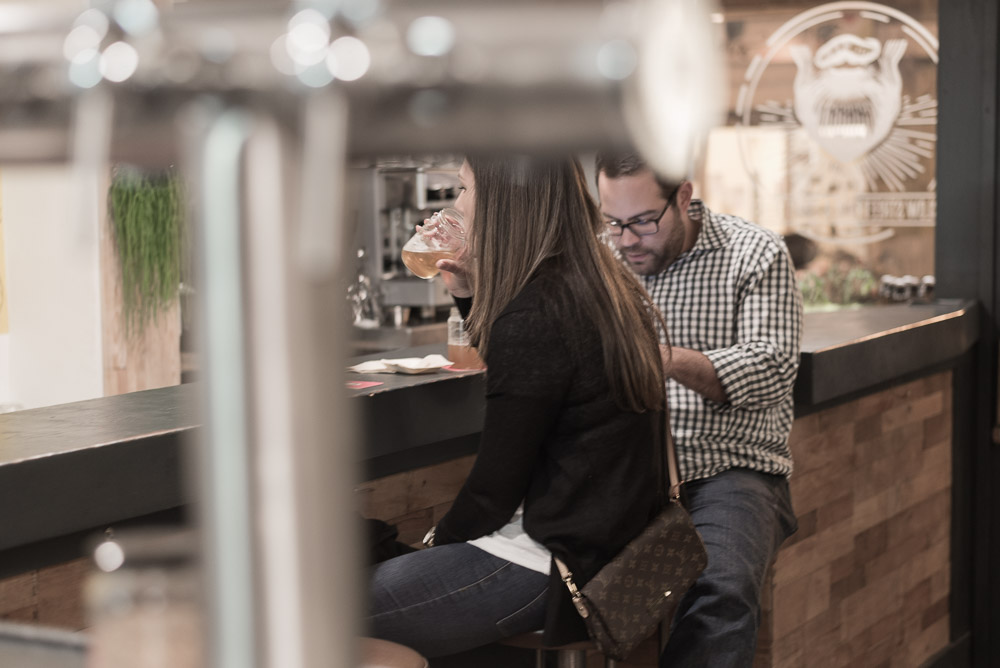 Chivuo’s is a tribute to craft beer and street food. These are two concepts that are sometimes underestimated and it shouldn’t be that way. If you cook street food with quality ingredients, it can be equal or even better than any other dish at a restaurant.
We want people to try something delicious without having to pay 20-25 euros. Our concept is offering people tasty and simple food paired with craft beer. And of course, we take care of the music. Music is very important to us.

Why have you decided to offer craft beer?

Alejandro is a homebrewer and one day he brought his beer to work. I tasted it and loved it. I had never loved beer and I had hardly ever had tried craft beer. It really surprised me. I have never been passionate about wine. The opposite happened to me with craft beer: I fell in love with it and I was instantly hooked to it. We also identify ourselves with beer, since beer is a product that is cooked and that allows for a lot of experimentation.

We offer street food that pairs our craft beer selection. We make everything ourselves. We make our bread and all the sauces we serve in house. For instance, we make our Brava sauce with onion, capsicum and salt. It is a long process that takes us nine hours, but it’s worth it! I share Santi Santamaria’s vision. He used to defend lifetime homemade food.

Where do you get the recipes?

We’ve adapted recipes from other countries to our cooking style. Our menu is heavily influenced by the years I spent in the U.S. Many people think they only have fast food of poor quality, but that’s not true. There is an amazing culture of delicious sauces, smoked goods and slow cooked foods. This cuisine is often underrated.

What’s your opinion of the craft beer scene in Barcelona?

The craft beer market is growing a lot. We get many clients that are reluctant to have craft beer but after giving it a try, they have not just one but two! We believe it is very important to be open and to communicate, and we strive to do so. Many times people leave Chivuo’s excited and interested in learning more about craft beer. Every day there are more people interested in it.

What is the most rewarding aspect of your project?

People’s reaction has been the most rewarding aspect. This place is a tribute to our careers as chefs. We are not cooks by necessity; we are cooks because we love being in a kitchen 18 hours a day. There are some moments when I wonder why I chose this. But when I serve something and I see the client happy, I realize this is what I enjoy most. 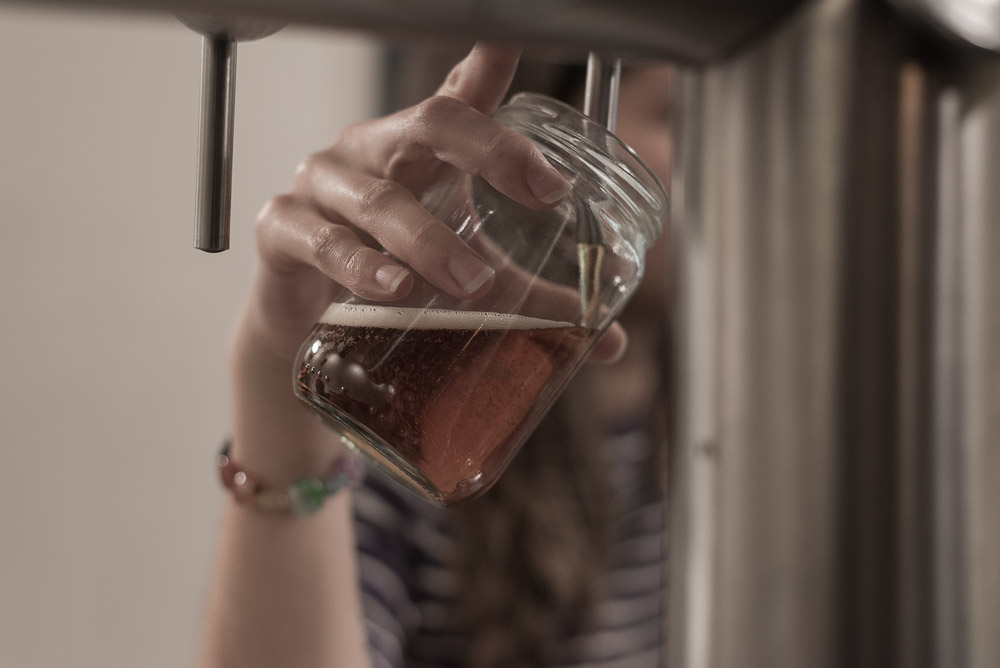 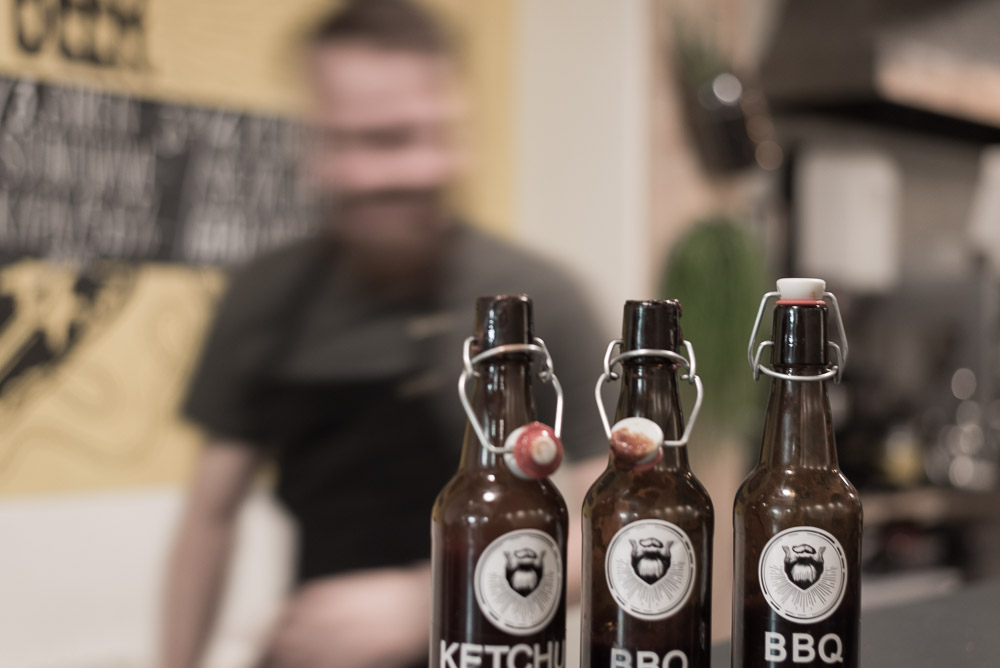 A city is made up of the people that live in it and in Barcelona I’ve met great people. I identify myself with the way of life here. Besides, it is a modern and artistic city with a lot of opportunities.

I do miss things about my culture and especially I miss nature. I am addicted to nature and where I come from we have one of the best wildlife. And of course, I miss family.

I love music, eating and trying new places. I often go to Jazzsi to listen their jam sessions, and then I go to eat some Venezuelan food to Rabipelao. I also love Mosquito and Shunka. On the other hand, I am addicted to sweets and I have a problem since Lukumas is our next door neighbor with their delicious doughnuts!! 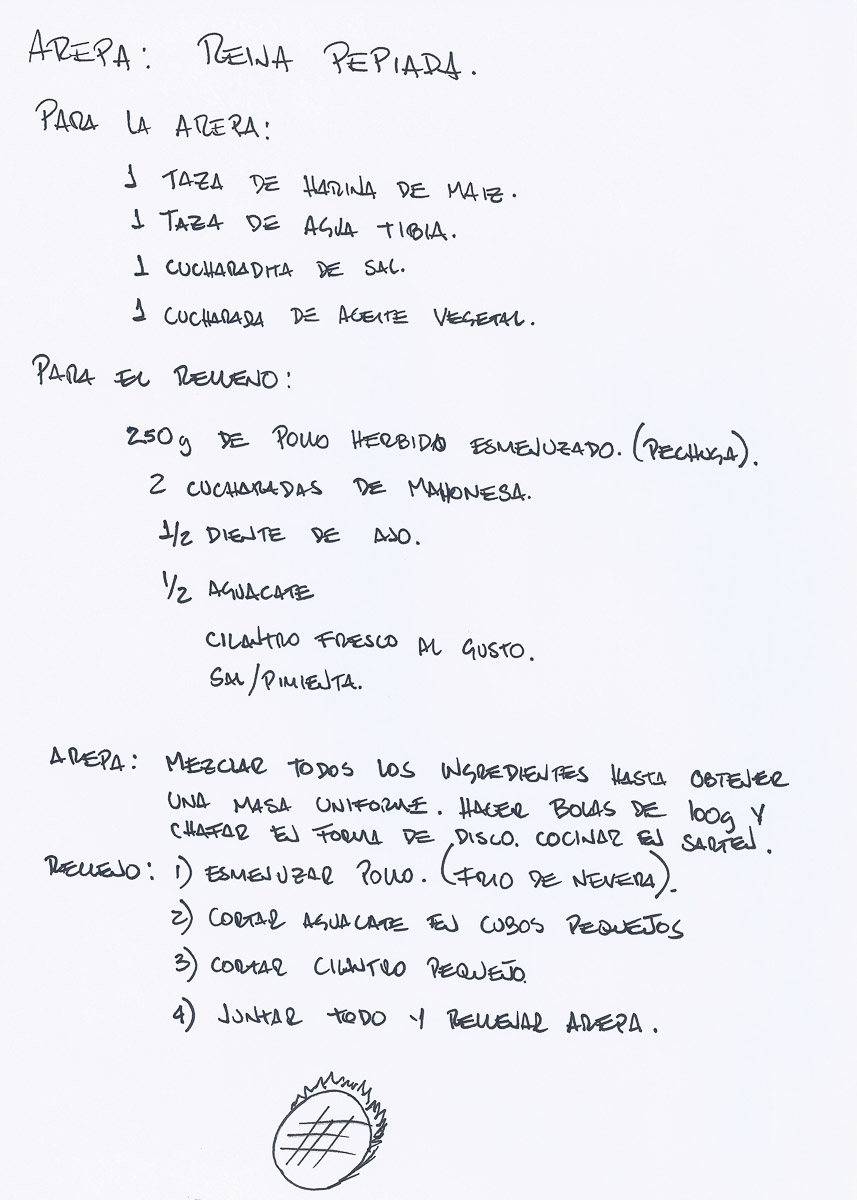