Silvia and Javi had a vision of offering a different food concept to the city and one day it became a reality. Their little white caravan appeared and it was love at first sight. Javi quit his job at Celler de Can Roca and two intense months later, Caravan Made debuted at La Candelera, the most popular fair in their hometown. It’s been almost a year their community of fans doesn’t stop growing. They both studied at Hofmann cooking school. They’ve gained a deserved reputation in the gastronomic scene in Barcelona through their hard work, attention to detail and their top quality product. However, what really sets this project aside are the people behind it. We had the pleasure of spending some time with Silvia and Javi to talk to them about their experiences from the past year and to learn about their plans for the future. 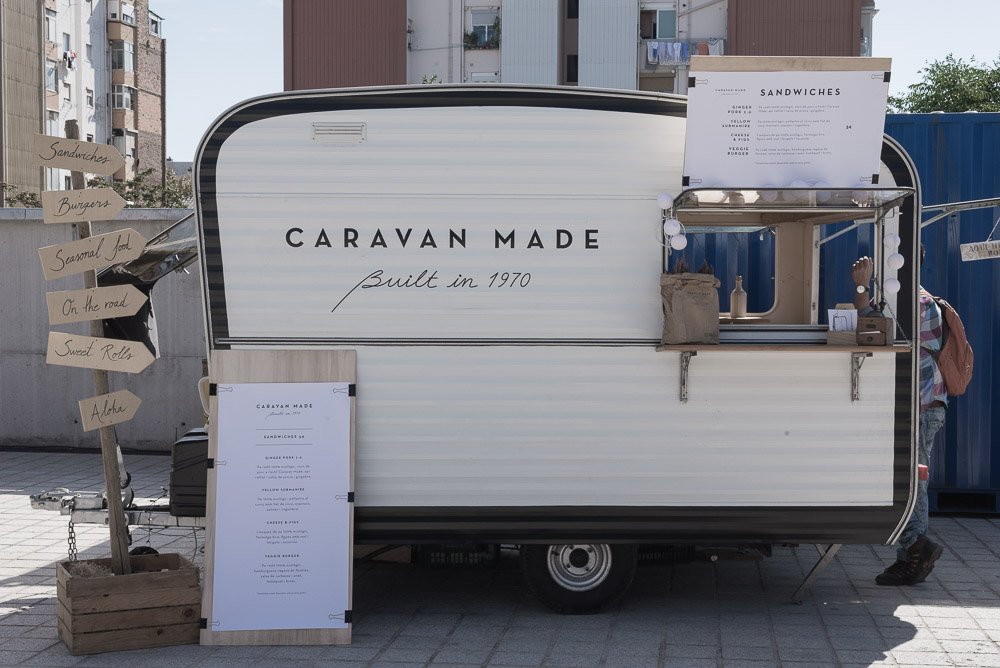 How did Caravan Made begin?

S: We are from the same town and have been a couple for many years. Javi studied Audiovisual Production and I studied Advertising. However, without realizing it, gastronomy started to slowly creep into our lives. We spent many weekends at a family house in Sitges and we would spend Saturdays and Sundays just cooking.

J: I always thought is would be great to of be a chef but it was Silvia who sparked this interested for me. She loved experimenting with new recipes and got me into cooking. At the beginning, we would cook for our friends and after some time each of us found our main interest. Silvia, who is more scientific enjoys pastry. On the contrary, I love experimenting and seeing what comes out. It was all very natural.

How did the idea of setting up a food truck come up?

J: Originally, we wanted to create a different gastronomic concept. One day, I ran into this truck and it was love at first sight. I saw it and I didn’t think twice: I bought it. I called Silvia and told her: “Silvia, we just bought a food truck.” We had no car or place to park it; we had nothing but the money to buy it. I quit my job at Celler de Can Roca and started working on it.

Why did you leave haute cuisine for Caravan Made?

J: It was a personal change. I worked in haute cuisine because I loved it and I was passionate for it. I had a great time in Celler de Can Roca. However, I realized I did not want to be locked in a kitchen for 18 hours a day.

Silvia, you lived in Berlin for a while. Please tell us why you went to Berlin and how that experience has influenced Caravan Made.

S: I finished my studies in Advertising and I wanted to live abroad for some time. I went to Berlin because I spoke some German. It was a year for thinking, enjoying and experimenting. Over there one of my friends decided to set up a café where I worked in pastry for a few months. I learned a lot and this helped me realize that this was what I enjoyed. At the same time, living the experience of a friend starting her own project, made me want to have my own. At school, you learn to find a stable job. However, going out and meeting people that made other things and started their businesses made me realize how rewarding having your own project can be. 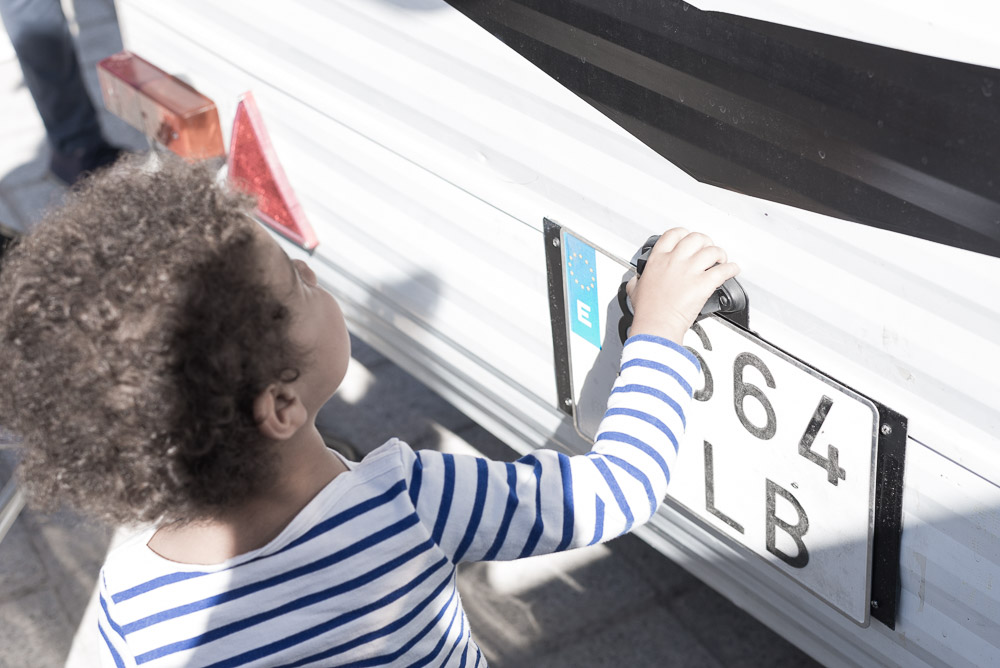 What is the concept of Caravan Made?

J: The idea is offering a simple food that we’d like to eat. At the beginning we set some rules: try always to work with seasonal ingredients, offer two sandwiches with meat, one vegetarian and one vegan option in our menu. And we would always use organic bread. Our inspiration comes from northern Europe where Silvia learned to be a baker and where we developed our relationship. There was where we realized we wanted to be together and that we wanted to have our own gastronomic project. Every time I visited Silvia in Berlin, instead of going to the museums (which we visited all of them once) we spent all days in cafes trying new things.

You participate in all kinds of events, from street food events to weddings to pop-up restaurants. What kind of events you enjoy the most?

S: We enjoy weddings a lot because they are quiet and because the planning is easier than a large event. On the other hand, we love the adrenaline from events like Eat Street where we meet lots of interesting new people. However, at large events there are many uncertainties since you never know how much you are going to sell. There have been some events where we suffered and we lost some money. But I believe you always gain something in the end because you enjoy yourself, learn new things and connect with new people.

What is key for an event to be successful?

J: Every event is like starting a new business; you don’t know what is going to happen. We try to organize ourselves really well and divide the tasks. It is also very important for us to have really a good atmosphere on our team. In Caravan, we appreciate the personalities on our team over their culinary skills. Laura,Tere, Carla or Pol, who help us in many events, don’t have a background in gastronomy but bring very good atmosphere to the team and help us function well. 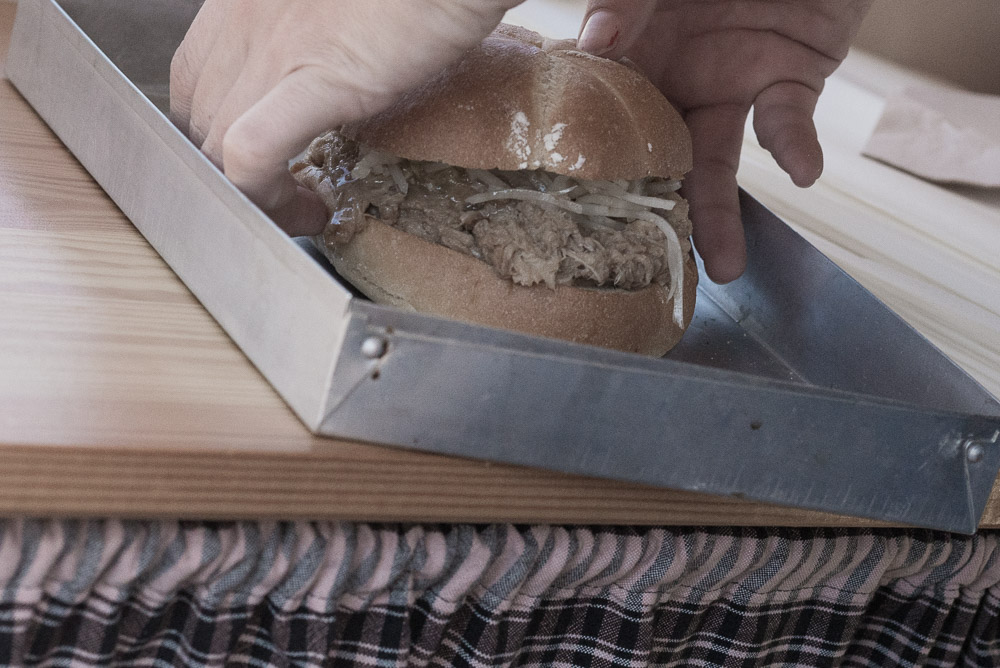 You have collaborated with many people such as Laura from El Huerto de la Casita or Miren from La Madre de Miren. What do you look for in a collaboration?

S: We love to collaborate. We don’t make a lot of money in many of the small events that we participate in. However, thanks to these events we meet lots of great people and get to know their projects. I believe this is very positive. When we get involved in a project, we do it with people that we connect with and that have a similar concept to ours. For instance, we met Miren at the first Kinfolk event in Les Tres a la Cuina. From the beginning there was a good vibe and from there we created a project.

What do you think of the local food scene in Barcelona?

Many people have new ideas. Not everyone can afford setting up a restaurant, but many alternative projects are appearing such as Rooftop Smokehouse. They have a unique concept that we love. At the same time, I think we are going back to basics: making things how they are supposed to be made and caring for the products as our grandparents did. On top of this, we are all caring for the presentation and design. 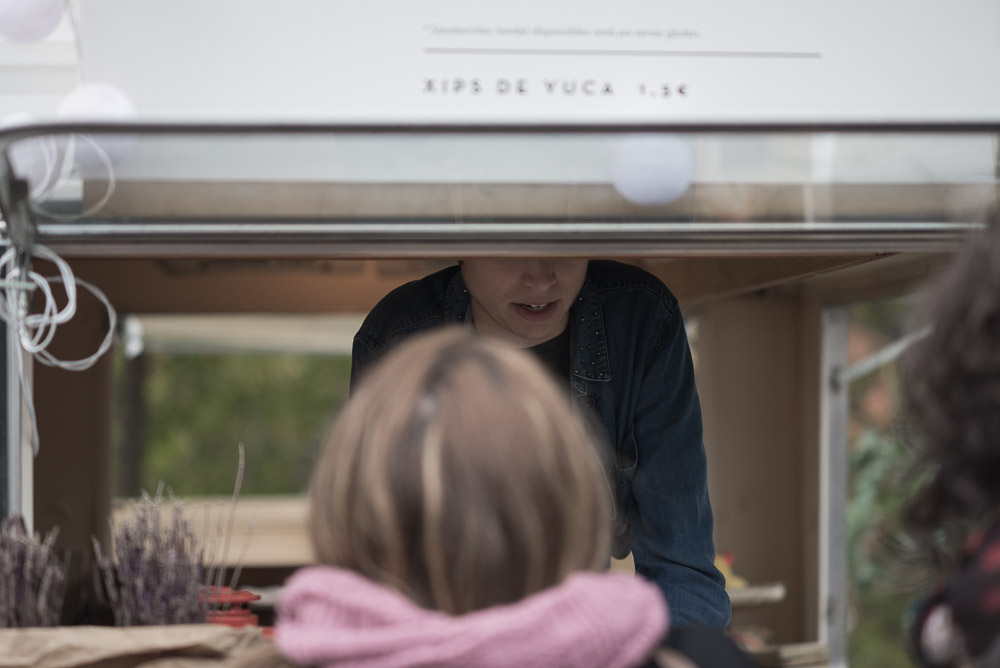 What is your opinion of the local food trucks scene? Is there a community?

S: Many of us started at the same time so we easily formed a tight knit community. We shared and helped each other a lot. We are creating a group that will be called Convoy to go to events together. That will help us when organizing and managing the event. I believe more food trucks will appear. However, it is important to know the amount of work that a project like this requires. It’s not just getting there and selling; it’s very hard work.

If you could park your truck in a fixed space, where would it be?

J: We would love to be at the UB gardens. We were there last summer and we loved it. You don’t hear the noise from the street. It’s an oasis in the city center. It’s a great spot. 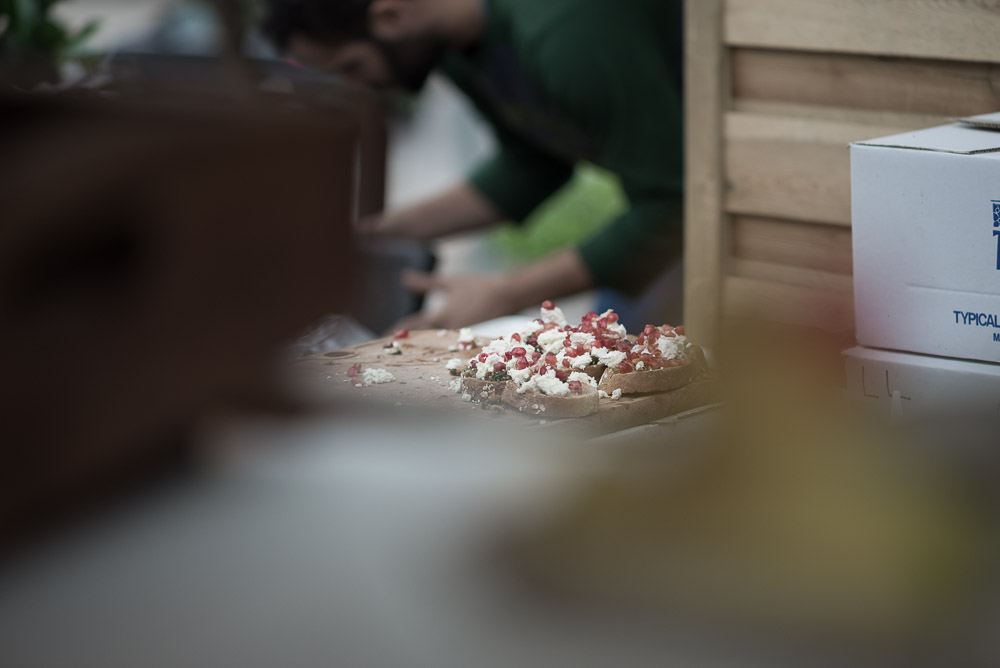 What do you enjoy the most with Caravan Made?

S: For us, the most rewarding aspect is the people’s reaction. Thanks to Caravan Made we’ve met great people and that’s something very important for us. We love hearing positive feedback and seeing that people like our concept. At the same time, it is very nice to see that we’ve built something from scratch that is slowly growing and evolving.

Finally, what’s next for Caravan Made?

J: We’d love to have a space and to set up a co-working kitchen as well. Cooking is about sharing hours and learning from each other. On the other hand, we just set a vermuteria in a food truck. We are open and always looking for new projects. 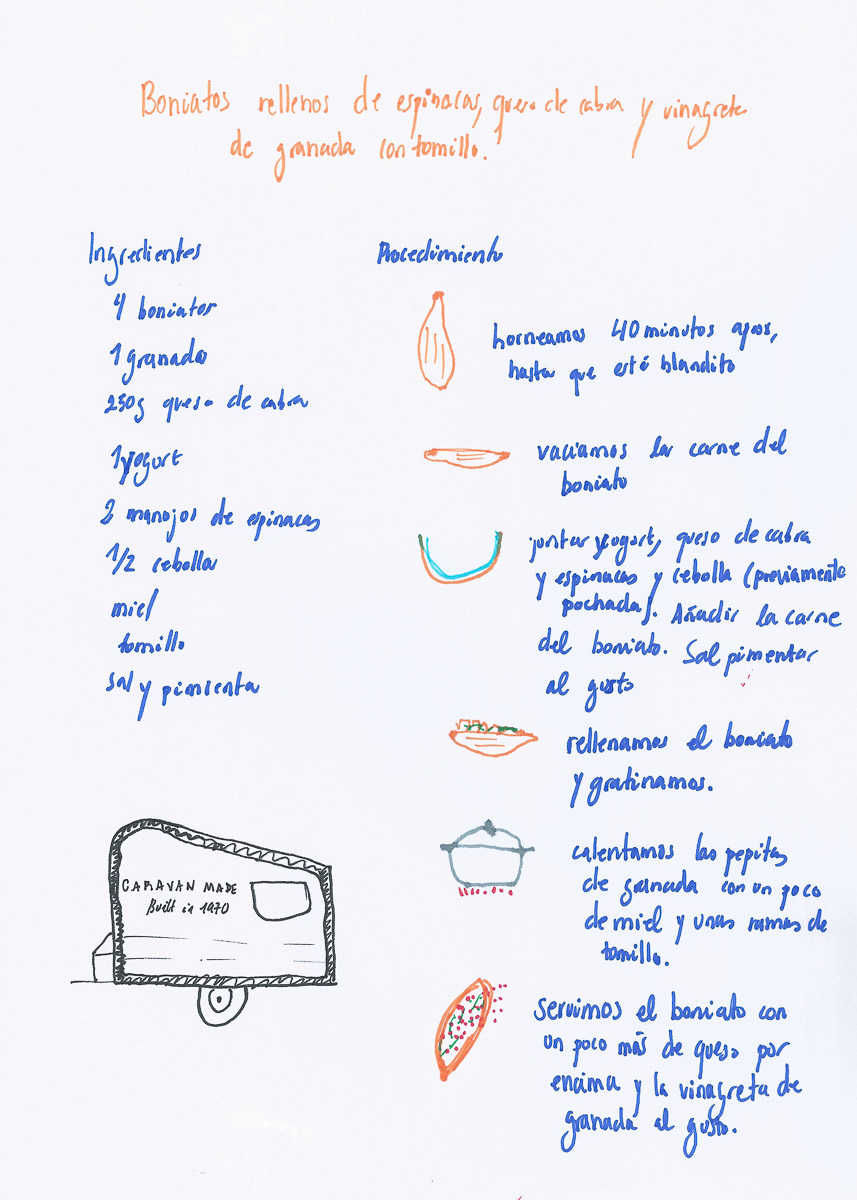