Ale&Hop is one of those places where you’re always welcome. Alberto and Jazz opened this charming bar more than four years ago, which means they were one of the first to start the craft beer movement in the city. Last year Jazz left the project to focus on Mosquito and Red Ant, his other restaurants. Alberto then became the only owner of this bar/vegetarian restaurant located in a nice little square in the Sant Pere neighborhood in Barcelona. Entrepreneurship flows in Alberto’s blood. He is a restless person living life to the fullest. Despite his young age, he has already had several businesses. He dreams of a life in Empordà, growing vegetables and brewing beer. Meanwhile, he manages Ale&Hop, grows some fruits and vegetables in Empordà and is starting to create his own seed bank. We spoke with Alberto about his projects.

I’m an industrial designer. When I finished school I opened a small studio called Makeando with a friend. The studio was doing well and I was making a living out of it, but I was only doing sales. At every meal with friends or family I saw a customer or a potential customer and I was not comfortable with it. Besides, everything was becoming about management and not about creativity. I quit and moved to Empordà to grow vegetables on my family’s land. I grew all kinds of fruits and vegetables and sold them to restaurants in Barcelona that appreciated organic produce. However, I was only doing logistics instead of being in touch with the land. At the same time, I couldn’t start from the point I wanted which was start working with the seed, and on the contrary, I was working directly with the plant. My initial idea and current project is keep seeds year to year to create an area heritage.
I decided to make a trip to the USA where I visited many farms and breweries and met many interesting people.

What happened on that trip?

Gemma from Mother put me in touch with Alice Waters. I couldn’t meet her personally but they invited me to join them to buy produce for Chez Panisse. I visited Green String Farm and I had the opportunity to spend some time with Bob Canard, an institution in the organic farming movement in Northern California. He made me realize that organic farming is nowadays more a way of life than a business. I came back to Barcelona and decided to focus on Ale&Hop, where I do have the opportunity of dealing with food from seed to plate. 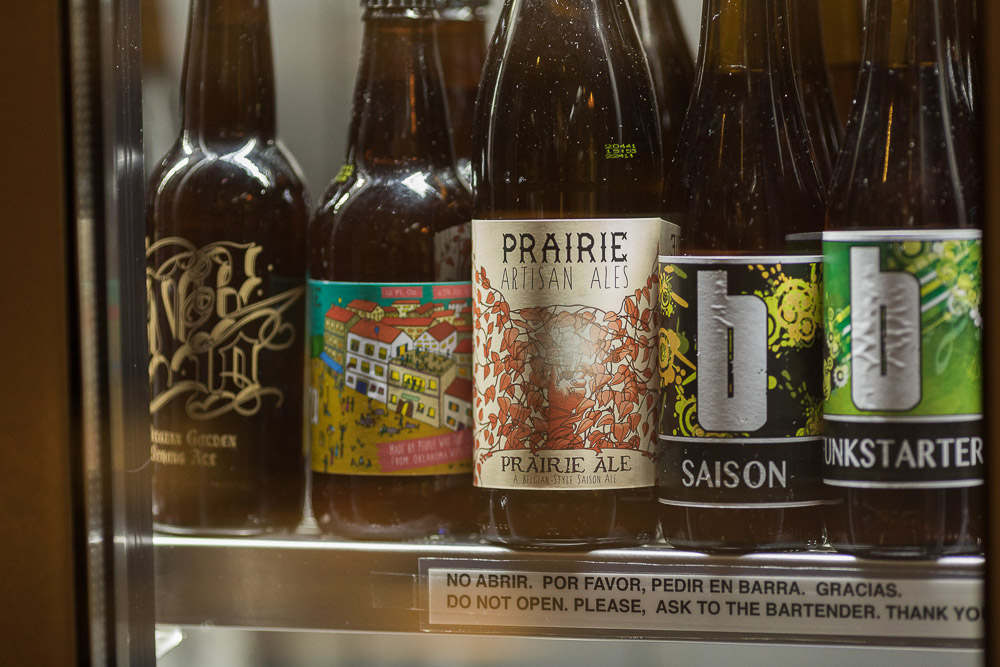 What is Ale&Hop for you?

It is a craft beer bar with good vegetarian food. We take care of the product in a relaxed atmosphere always trying to convey the beer culture as openly as possible. It is a place for experts but also for those who just started drinking craft beer. From the beginning we have had the calling of explaining and expanding the craft beer culture. On the other hand, beer is a social lubricant and obviously Ale&Hop is a place to meet and interact with other people. 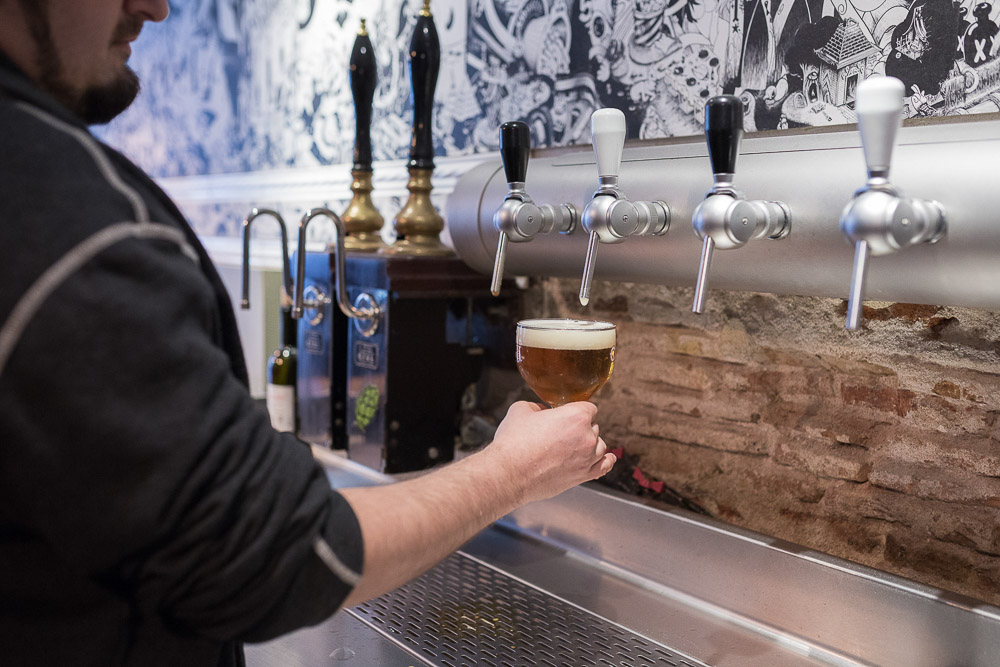 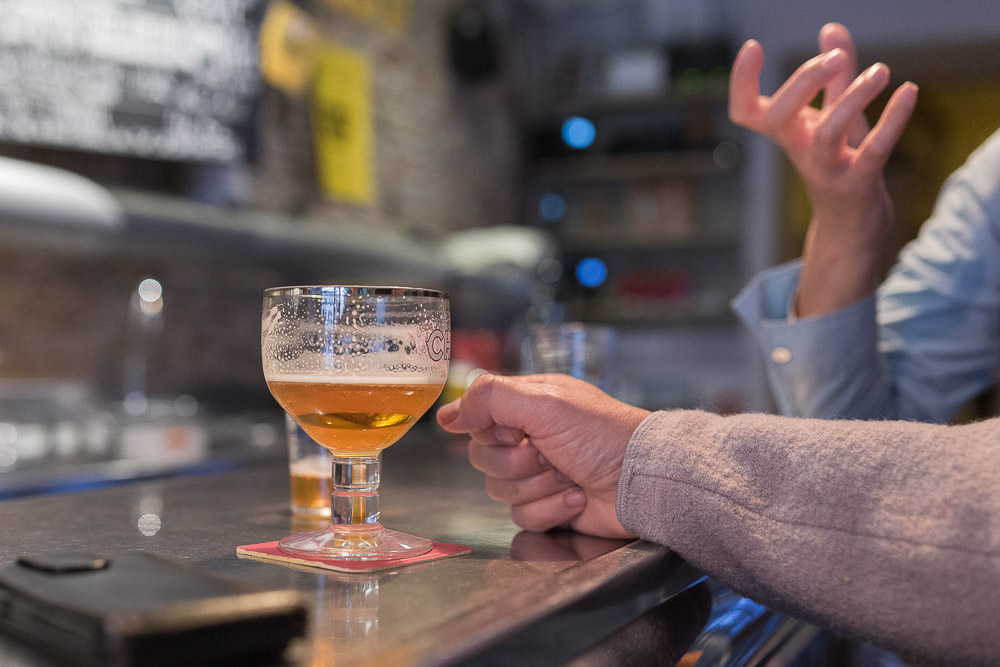 Why do you offer a vegetarian menu?

I have always felt very close to animals. I had a vegan girlfriend that made me very aware of these issues. I didn’t want to deal with kilos and kilos of meat and fish. If a vegetable goes off is a shame, but throwing away meat means that an animal was killed in vain because you mismanaged your restaurant. I didn’t want that responsibility. I think humans have to evolve towards a vegetarian diet.

“Ideally I would prefer not to put tomato on burgers in the winter.”

Are all the vegetables on your menu from your garden?

Many of the vegetables we use in Ale&Hop come from my garden, but not all of them. My goal is to build a menu that changes every three months based on fruits and vegetables that we grow. Ideally I would prefer not to put tomato on burgers in the winter but tomato is very important. It gives freshness and juiciness, but it doesn’t grow in winter. My idea is finding something that can be grown in winter and replace the function of tomato on the burger.

Could you describe what beer is for you?

A beer is something that surprises you and at the same time it is something enjoyable to drink regardless of your knowledge. People used to say that the best beers were powerful and very hoppy, but I did not like hoppy beers. I then found out that in Barcelona we were drinking very old American IPA’s, while the freshness in hoppy beers is essential. Over time I have come to trust my judgment. For me a good beer is something you like, that´s enjoyable and that you understand a little bit.

What’s the most rewarding aspect of your job?

The bar allows me to have contact with the product, the consumers and the producers, and I like that. Behind every brewer or bar owner there is always an interesting story. It is a very specific sector.

Other than beer and good food, do you work with other craft products?

We have coffee from Onna Cafe, natural wines and I want to slowly introduce quality spirits. We try to take care of everything. I am very interested in the wine industry. It is interesting because the trend is the opposite of beer. In wine the trend is to influence the process as little as possible to highlight the qualities of each grape, while the beer industry is experimenting a lot. For example, natural wine producers tend to use stainless steel tanks instead of wood, while in beer people are using a lot of wood nowadays. 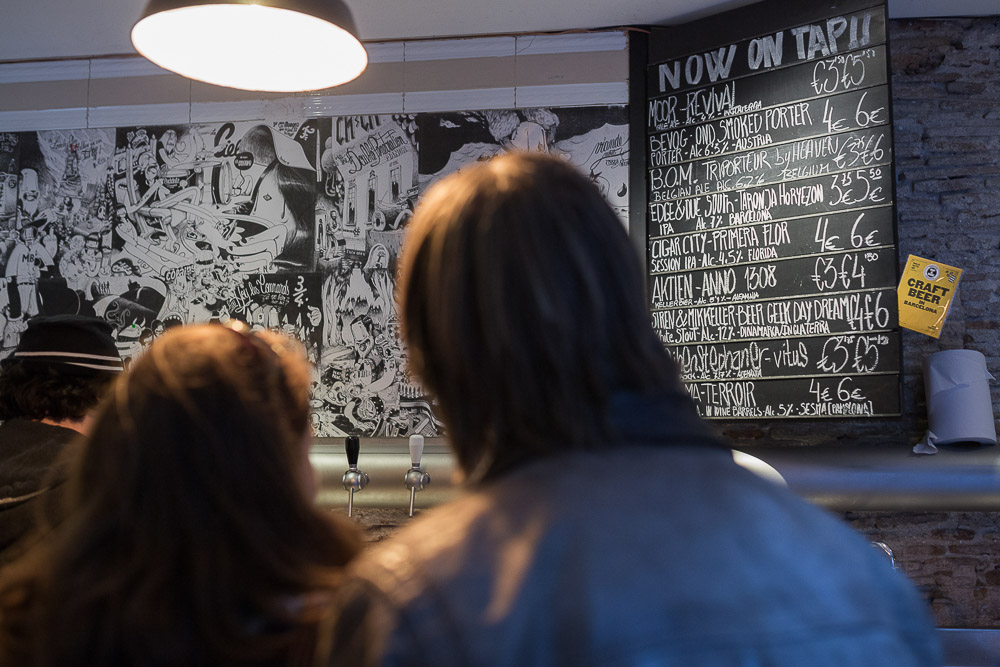 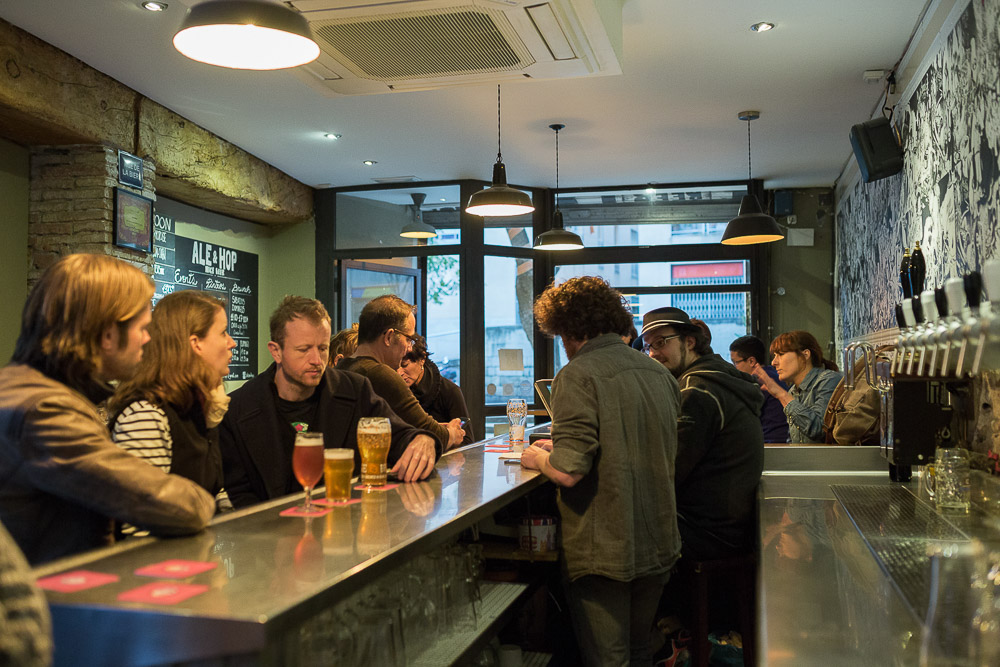 Could you recommend an artisan or a place with us?

I love Partida Creus wines. In Empordà I like El Fort in Ullastret, a restaurant with a menu based on seasonal organic produce, meat and unusual fish species. Another must is Carlos’ home in Agullons. It is located in an area with stunning scenery. When you arrive he taps a keg for you to accompany the amazing food that Montse, his wife, prepares in her wood fire oven. 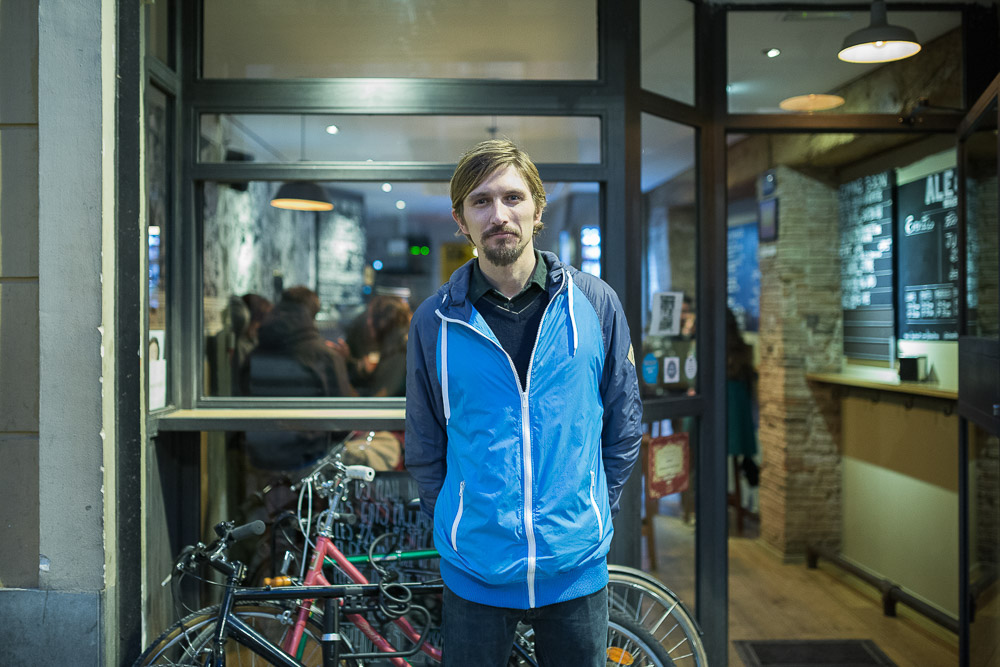 I’m trying to build my own seed bank. It is a longtime dream. On the other hand, I’d love to have a brewpub in a rural environment where I could offer food from my own garden. Partida Creus or Agullons are my inspirations. I love the countryside. 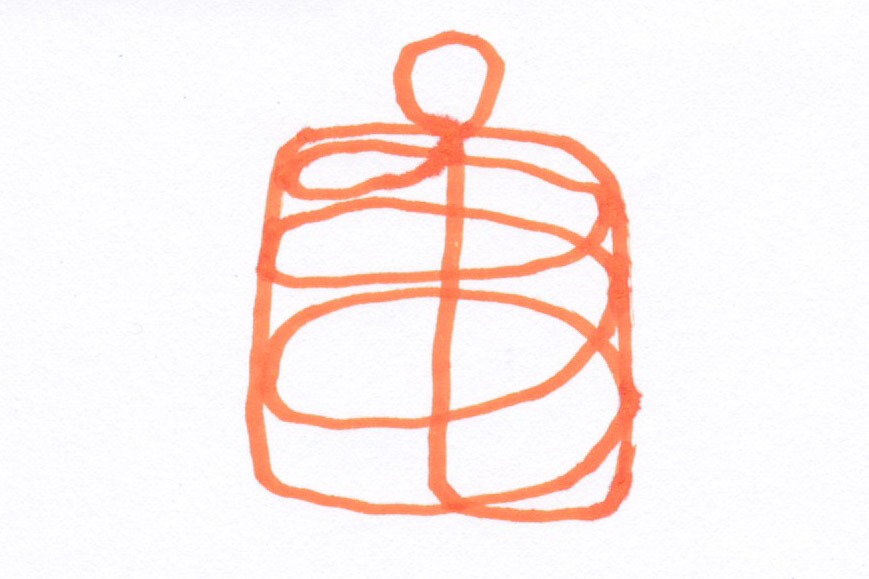