Hiro has been in Barcelona for more than seven years and he has spent the first four working at the Japanese restaurant Tempura-Ya. On Sundays the restaurant closed and Hiro used the restaurant’s kitchen to practice and perfect his ramen recipe. “At the beginning, the chef told me it was inedible, but gradually I improved it. After four years of practicing, I reached a point where everyone told me: Hiro, you’re ready.” He renovated a small place close to Gracia and turned it into the first ramen restaurant in town. “I feel bad for people having to wait in line, especially when it’s cold,” he says. However, the wait is worth it. Although other ramen restaurants have popped up since Ramen Ya Hiro opened, this remains the spot for any fan of this particular Japanese noodle soup. Perhaps it’s because they make their own pasta or because the balance they achieve in their chicken and pork broth after several hours cooking. We talked to Hiro about the secrets of one of the most unique and special places in Barcelona. 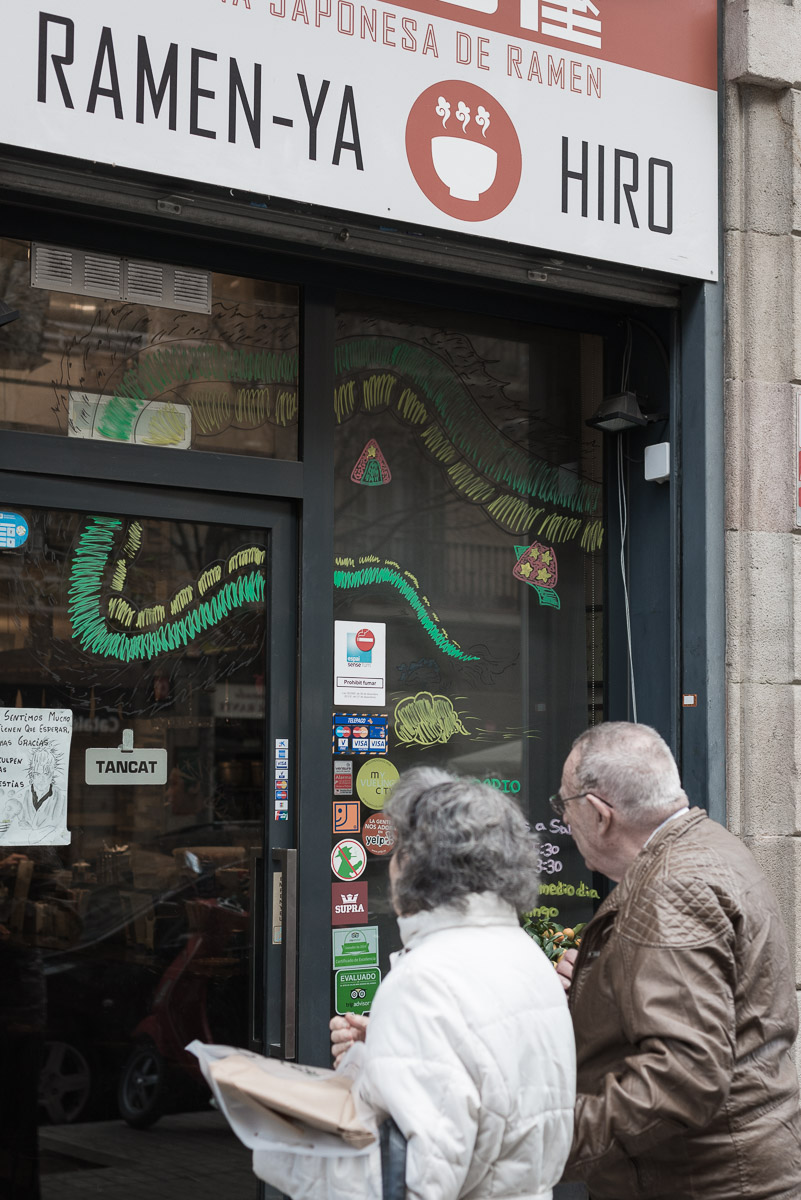 How did you decide to open a ramen restaurant?

About 10 years ago, I spent a few months in Sydney studying English and working at a ramen restaurant. I loved the experience of working at a ramen place in a country that wasn’t Japan. In hindsight, I think that is what led me to start my own restaurant here. Over there I got hooked to the world of ramen. I hardly learned English but I learned a lot about ramen!!

Why did you decide to move to Barcelona?

I was looking for a place to live and Barcelona caught my attention: the Latin culture, the music, the soccer, the sun, the beach… Barcelona is open and welcomes foreign people, and it is more alternative than other cities. I came to try it out and fell in love with it. At the same time, I realized that there weren´t any ramen restaurants and this seemed an opportunity to me. Once I was settled, I started thinking about opening my own place.

How was the process to open Ramen-Ya HIRO?

I worked at Tempura-Ya for four years. I shared my idea with them very early on and they let me use their kitchen to practice every Sunday after the restaurant closed. I researched online and read a lot of books about ramen. I learned how to make the pasta, the broth and everything. There was not a machine to knead the dough so I had to knead it with my feet. It took me three hours to make only 15 servings!

How did you find this spot and why did you decide to open it in this part of town?

I was looking for places in Gracia neighborhood but they were too expensive, until one day the chef’s wife at Tempura-Ya found this place for me. I saw it and it reminded me of the restaurant I used to work for in Sydney. It was perfect, small and authentic. I slightly renovated it and modified the bar to turn it into a ramen restaurant. I asked for a bank loan and some friends and family also helped me. 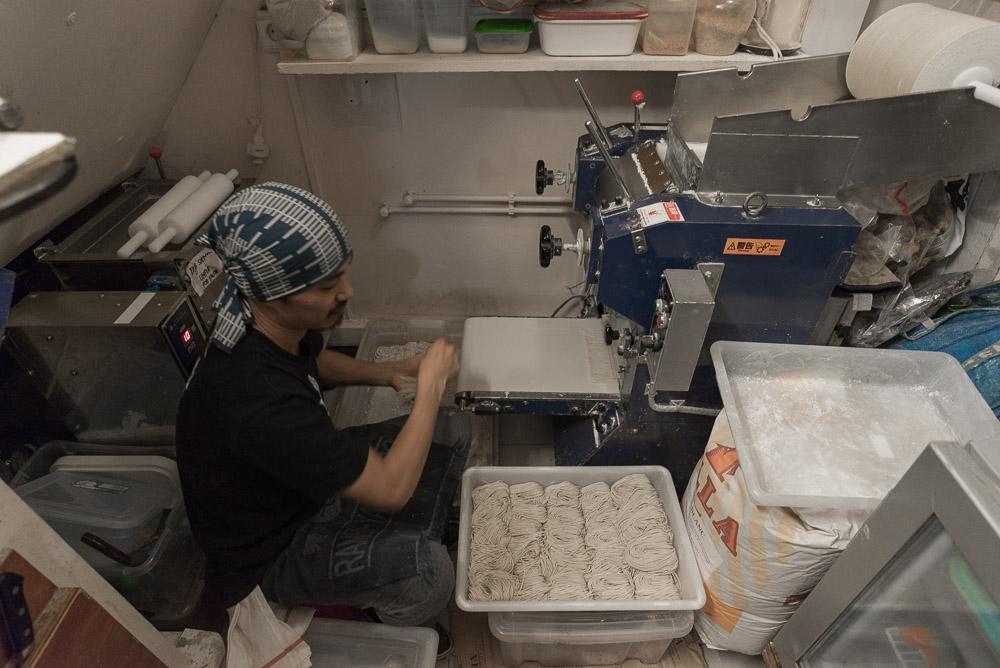 How were the beginnings?

At the beginning, I had only two assistants: one in the kitchen and the other one in the dining room. I worked so much since I had to do almost everything myself. After the service, I stayed at the restaurant until 5 or 6 in the morning making the broth for the next day. I was working about 20 hours, leaving only 2 hours for sleeping and another 2 for shopping… I slept in the restaurant and lost a lot of weight. I did this for almost four months. It was crazy!

What was the public’s response?

It wasn’t a safe bet but I never imagined Spaniards would love ramen so much. I didn’t know how many people would come, but the day I first opened I had 20 people waiting. Most were Japanese people who were excited to finally have a ramen restaurant in town. Little by little more Spanish people started coming, and now almost all our clients are locals. Many of them are repeat customers. Actually, there are people who come every week and there are even some who come almost everyday. I never imagined it. 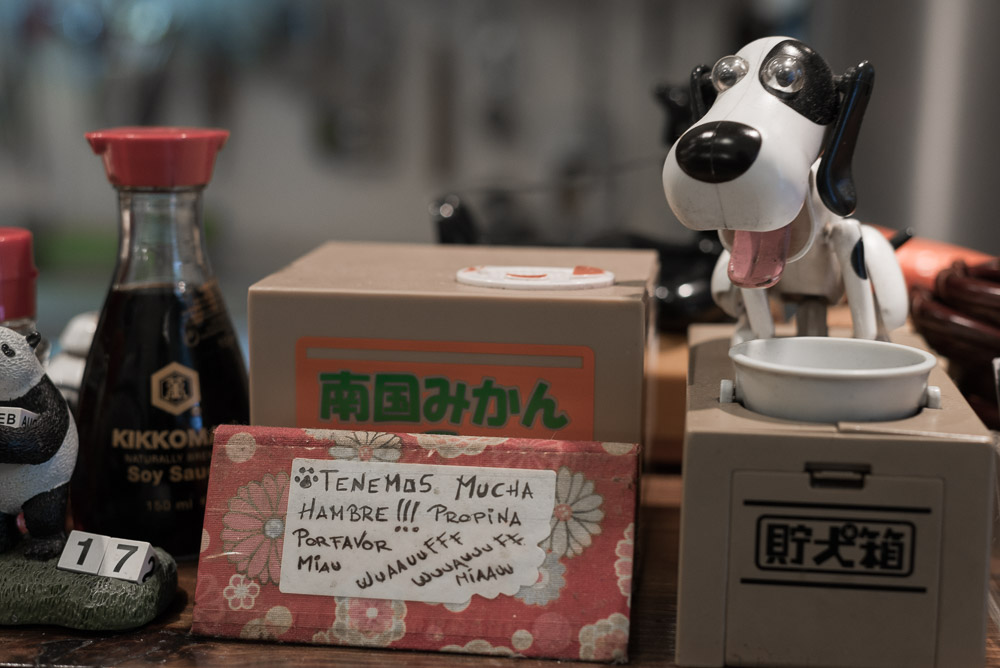 What are the differences between the way of eating here and in Japan?

Eating here is about enjoying the food and the atmosphere. People go to restaurants for the experience and not just to nourish themselves. On the contrary, in Japan people go to restaurants just to eat. That’s why people often go by themselves to fast food restaurants. There are even places that have a machine to order the food. Here, however, people come in a group, they chat and enjoy the experience more. It’s different.

What is ramen and how do you prepare it?

Ramen is basically a food made of broth and noodles with some condiments. In Japan there are thousands of different types of ramen. There is no single recipe of ramen. It depends on the cook. Generally it is a food that is not prepared at home since it requires many hours of cooking and nobody wants to pay a 10-hour gas bill. Besides, it is also made it in large quantities since it is easier to adjust the taste.

What’s key in order to make a good ramen?

You must prepare a great broth. The tradition of the ramen broth is cooking it for many hours until you get a consistent and tasty broth. We make it in the morning when we get here and at night after the service. There is one person watching the broth until 5 in the morning here. This is what I used to do at the beginning and that’s why I used to sleep at the restaurant. Now there is a person in charge of this job: the watchman of the broth.

What characterizes your ramen?

I want a solid and balanced pork and chicken broth. It can’t be too strong but it has to be tasty and consistent. In Japan there are many Tonkotsu recipes (ramen based on pork). For me it’s too thick and I can hardly ever finish it. I prefer my style, where I mix pork with chicken, vegetables and seaweed. The resulting broth is smoother but thick at the same time. It is balanced. I’ve practiced a lot to get my recipe. I have everything written in this Star Wars notebook. This is 4 years of work!

What do you enjoy most?

I really enjoyed it when I figured out how I wanted to make my ramen. I felt harmony. Through the comments of my clients, I notice that they see it too. I’m not sure how to explain it but I feel we understand each other. I also really enjoy talking to the customers.

What have you learned from Ramen-Ya HIRO?

I still have a lot to learn and it is something that keeps me motivated. I’ve learned that you have to work to keep learning. If you stop learning, you become stagnant and the level goes down. Even if I make the same recipe everyday, I use natural ingredients, and the fact they are natural means they change. I have not yet come to understand 100% of nature, I’m still learning. My goal is to keep learning.

Any future plans that you want to share with us?

Someday I’d like to have another ramen restaurant in a different city. I’d open it in a city in Europe that I like and where there isn’t still a ramen culture, such as Amsterdam. I love that city. This is a dream more than a future plan, though.

What do you like to do when you’re not working?

I love soccer and playing pool, especially carom billiards. It is very interesting. On Wednesdays I always go to practice with my Japanese teacher, who is very experienced and plays really well. It is a great moment when your strategy becomes a reality. It is very rewarding. 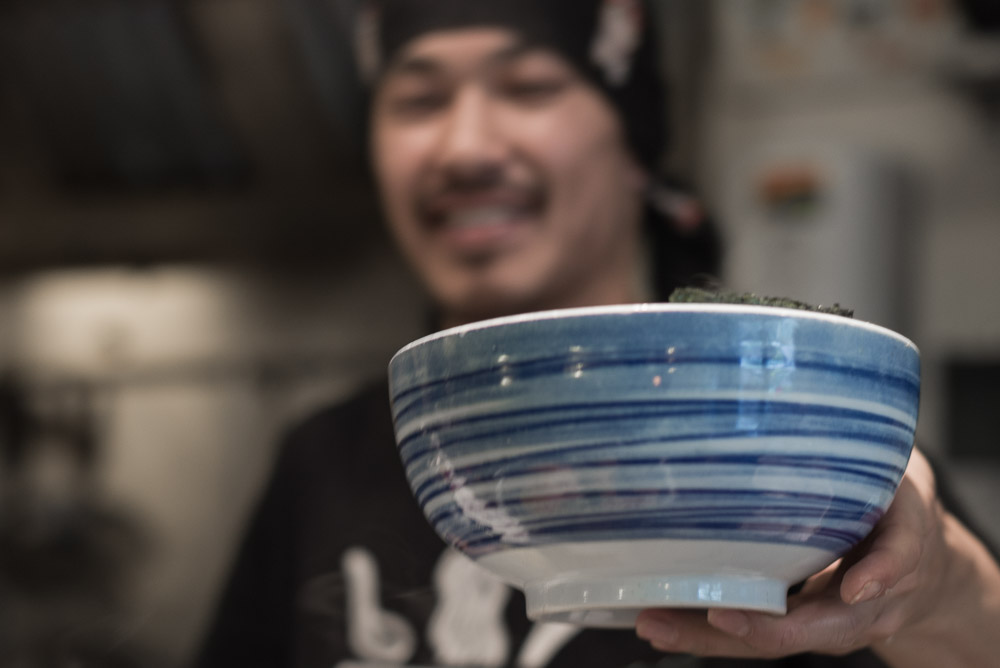 Finally, where do you like to eat in town?

I can only go out on Sundays and I always go to a Japanese restaurant. I often go to Tempura-Ya, where food’s really good. I also like Can Kenji, Embat and Akashi Gallery. Another place I love is Usagui Japanese tearoom and their artisan desserts. Junche, the owner, has a great expertise in deserts. 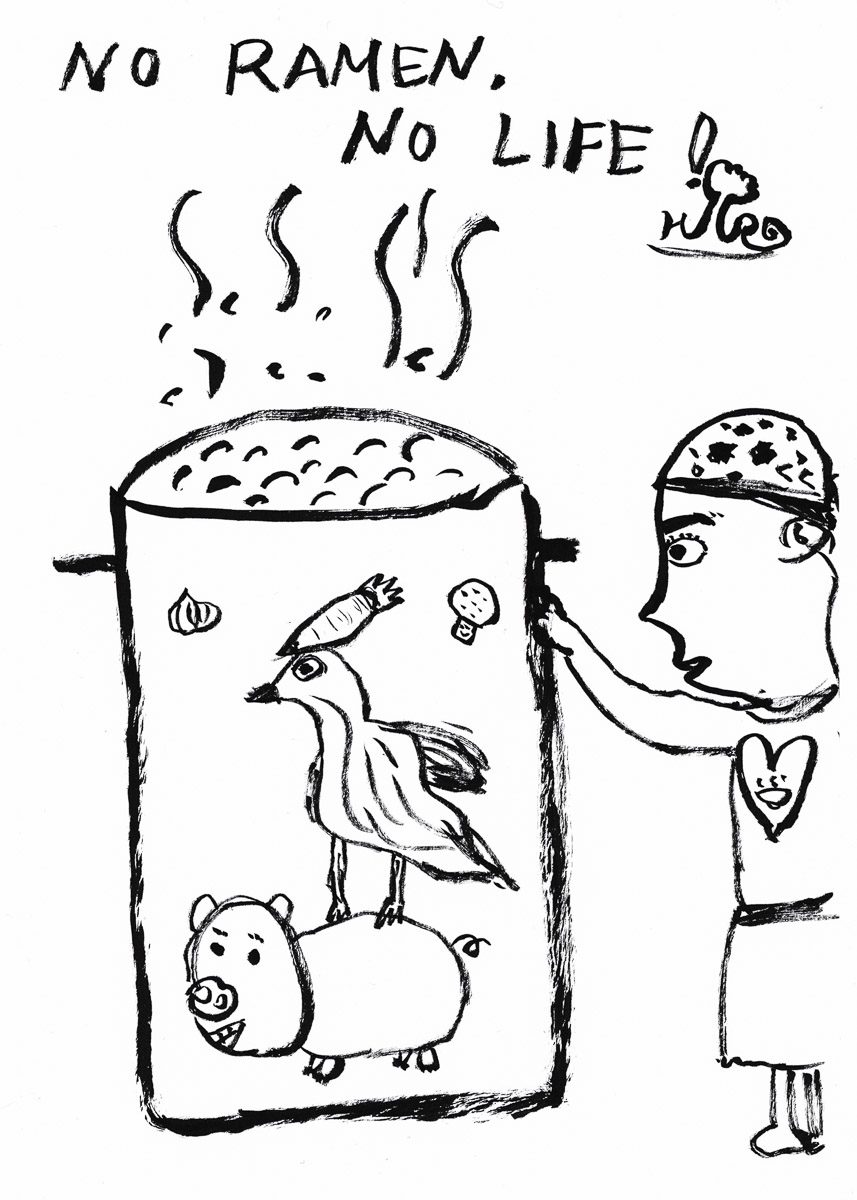