Edge Brewing is a craft beer brewery based in Barcelona founded by two Americans, Alan and Scott. They have brought some innovative ideas to Barcelona. One example is the growler system. This is where you purchase a growler and it can be filled with draft beer at participating bars throughout the city. They have also organized a “Tasting Room” every Friday night, where people are welcome to visit the brewery, taste some beer and sample food from a guest restaurant.
We’ve interviewed Alan, the Master Brewer, to learn about his story and the philosophy behind Edge Brewing. 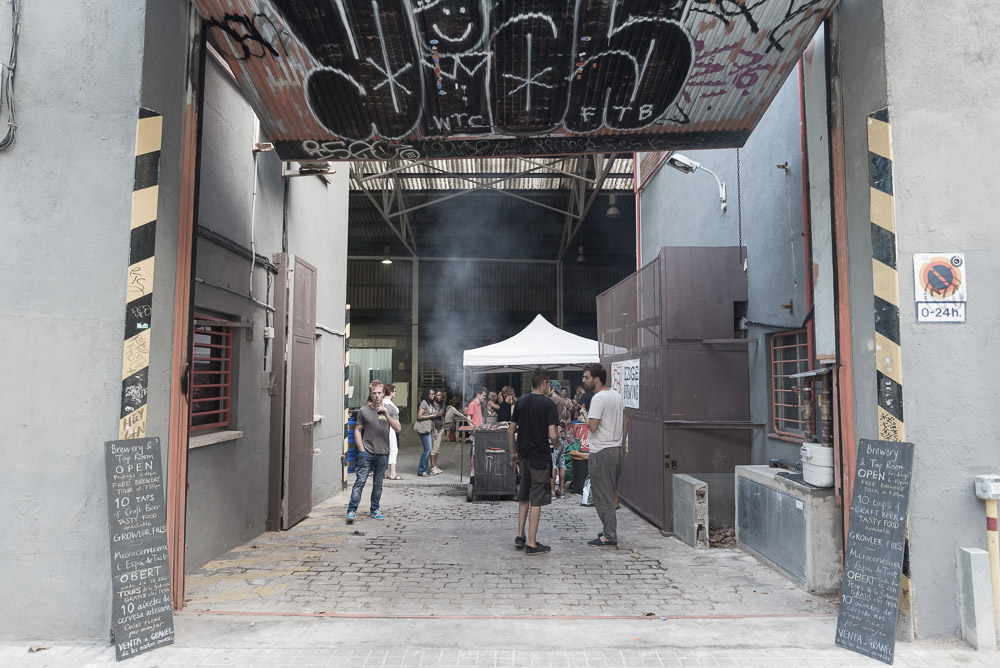 Hi Alan! What’s your story? How did you become a craft beer brewer?

I was fortunate enough to be working with a company that was manufacturing brewing equipment. That gave me an opportunity to learn and brew with their equipment. Many years later I ran into Scott. He came to the company I was working for to start this brewery and asked me if I wanted to get onboard. At that time I was already planning to open my own place in Florida. I decided to come to Barcelona and check it out. I brought about 80 beers in my luggage and held beer tastings at Homo Sibaris, Ale&Hop, Beer Box… and just fell in love with everybody who is involved in the craft beer scene here. “You know, I will join your project Scott, it´ll be a lot of fun”, I told him. I felt like it was an opportunity to be on the brewing side and watch the industry grow in a great country where it´s still so fresh and new. 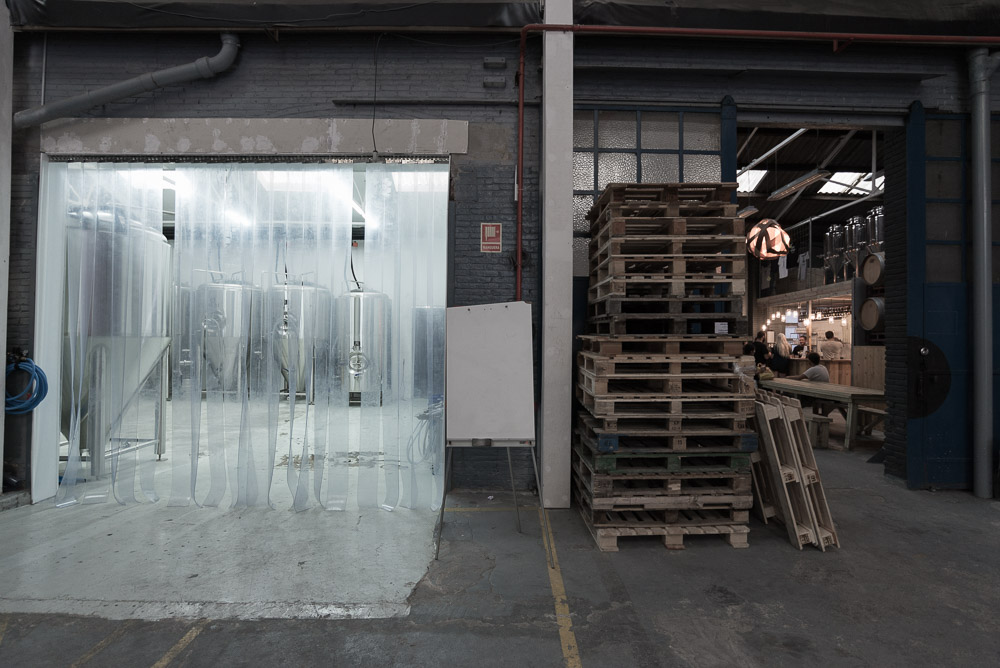 You cold ship your hops from the U.S. Why are the U.S. hops so popular?

Definitely the hops in the U.S. have higher Alpha Acids which brings out more bitterness and hop aroma. But it´s not that they are better. Each country kind of has their own hops: if I want Cascade hops I won´t buy them from Germany, I’ll buy it from the US. If I want Hallertauer hops, I will buy them from Germany. It´s like the grapes used to make wine. Some grape varieties grow better in some parts of the world than others. Right now the New Zealand hops are some of the most popular. The cool thing is that their growing season is opposite to the one of the northern hemisphere. It’s very convenient the global hop environment, now we are able to purchase fresh hops year-round.

Symco and Citra are my favorite hops. Amarillo is also nice. I personally love Belgium beer styles. Belgium has such a wide range of so many good beers. Not only saisons, but also krieks, wheats, lambics… If I had to drink one country´s beer for the rest of my life it would definitely be from Belgium. 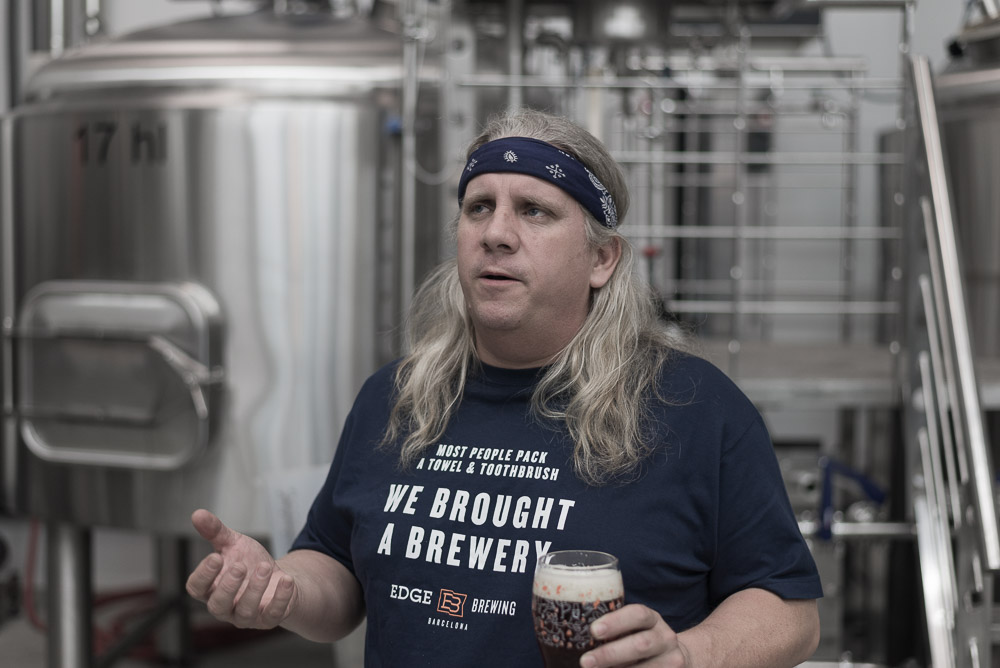 “When you go out, you don´t have to be loyal to Edge, just be loyal to craft beer. It all circles back around.”

Do you notice any popular styles in Barcelona?

Saison is one of the most popular styles in Barcelona. Perhaps because it´s aromatic and has a lot of flavor. Nine sushi restaurants in town have saison on their menus. For some reason they think this is the beer that goes well with sushi. I think a lot of the beers do because sushi is kind of a fatty, starchy meal, and when you´re drinking beer, especially a hoppy beer, it pairs really nice.

You are helping your community trying to grow the craft beer scene in Barcelona. What exactly are you doing?

My belief is that we´ll grow together. There’s and old saying that says: high tide raises all boats. Scott and I are really trying hard to practice what we preach. For example, we are about to make 2500 Kg of American Hops available to other breweries around Spain. Fresh American hops are very rare over here and very expensive. We are just trying to create an environment where we are kind, get along and are helpful.

At the same time, I´m fighting to keep the prices down. If it´s kept at an affordable price, people will be willing to try different beers. And I think that´s what people need to do: try a bunch of beers because they’re so great. When you go out, you don´t have to be loyal to Edge, just be loyal to craft beer. It all circles back around. It´ll take time but we´re on an education process here in Spain. I want Spain to be the epicenter of the southern European craft beer scene, and it can be. There are some great brewers here in Spain!!

What would you say to someone that never tried craft beer?

I would encourage people to try for example Aigua de Canaletas. Some people in Vilanova described it as a normal beer but better. And I´m ok with that. I like that. It´s fresh, and once you taste it side by side with a commercial beer, there´s no denying it. It´s like freshly baked bread, and bread from the store, fresh cheese and cheese from the store. Once you have something fresh it´s hard to go back in any other direction. 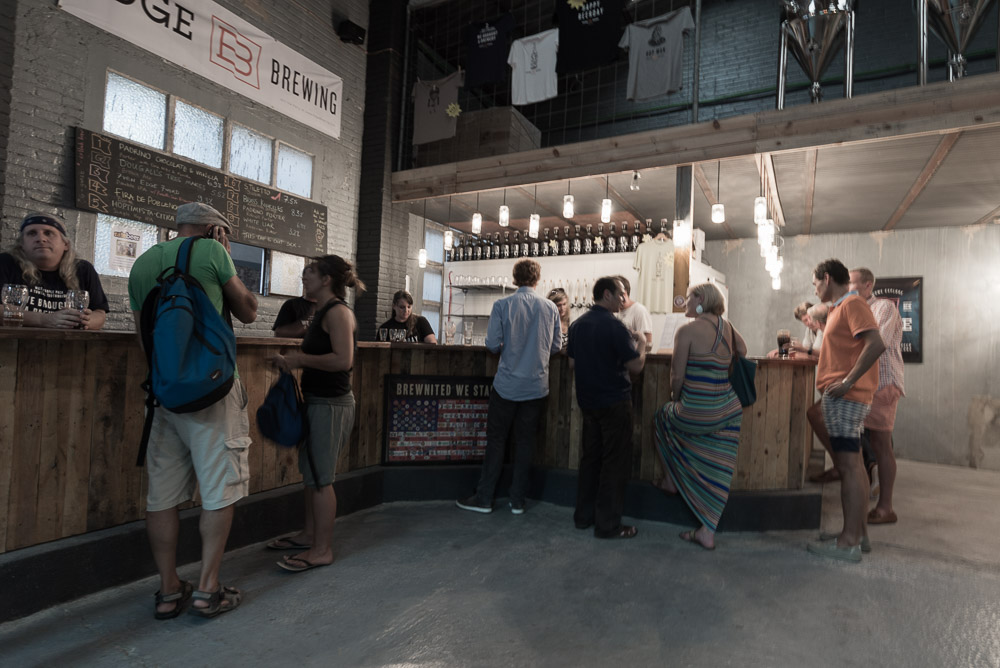 What have you learned from this craft?

The biggest thing I´ve learned is: stay a student and stay a teacher at the same time. It´s like always learn and always be willing to teach. You never know everything. I´ve learned everything through the kindness and patience of others, and I´m trying to do that same thing. 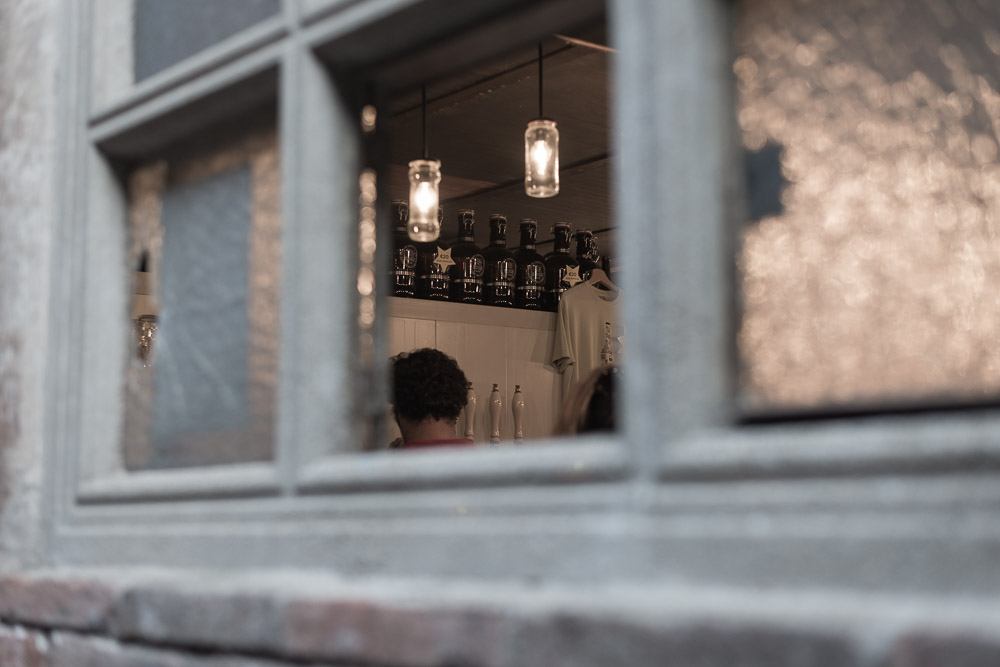 What do you love about living here and what do you miss from the U.S.?

One of the things that made me move to Barcelona is that its people are lovely. You walk around here and it´s a nice vibrant, active city, and this says a lot about the people. Another thing I love about living here is that I can see the seasons change by the markets. In Florida everything is available all the time. We should eat seasonal. I also try to brew seasonal. I´m doing a fig beer for Christmas. A downside of this city is that it´s hard to eat spicy food. But it´s that way through most of Europe. I miss it; I could go for some spicy food.

Could you recommend another brewer to us?

If I had to recommend one brewer it’d be Carlos of Alles Agullons. They have an 800-year old winery farmhouse in Sant Joan de Mediona in Alt Penedes. He brews there and has cellars with barrels aging. You can visit the farmhouse on the weekends. Carlos will give you a tour of the brewery. You’ll taste the beer and his wife will cook a meal for you. Since it´s an 800-year-old farmhouse there´s not even an oven. She uses the original stone oven with firewood to cook everything from fresh bread to roasting a pig. They are the most artisanal of us all.

Finally, could you please share your favorite places to eat with us?

My favorite place in Barcelona is Vaso de Oro. I’ve been there twice during the last 8 days. They have great beer and food, and the people there are so nice. I like that it´s in Barceloneta and there are mostly locals. I also go to Ramen Ya-Hiro and Mosquito a lot. Cal Pep is the place I go when I want to treat myself. 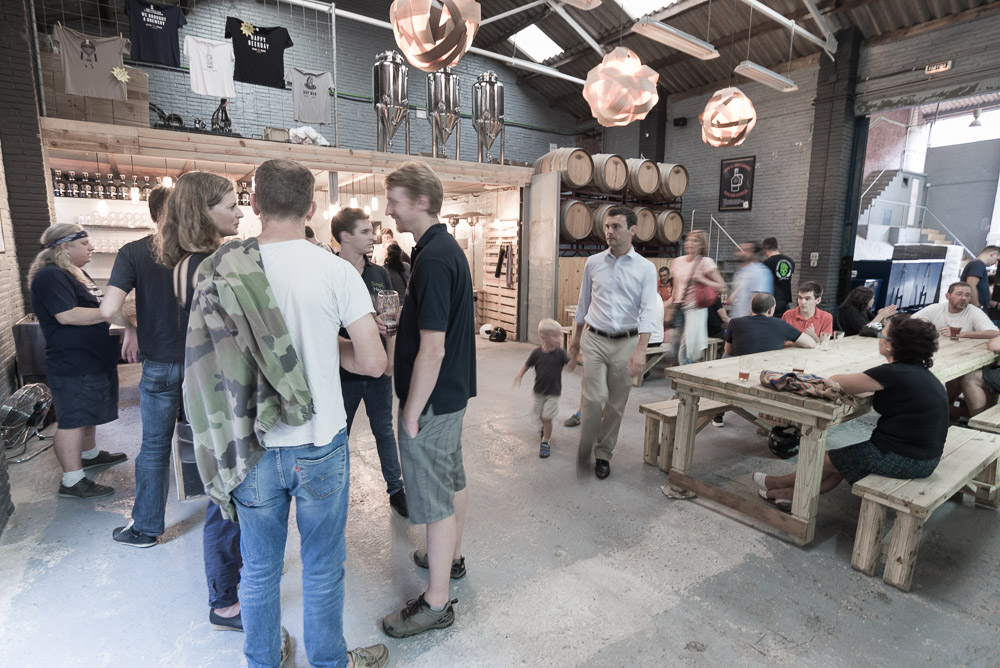 Their products can be also found at: